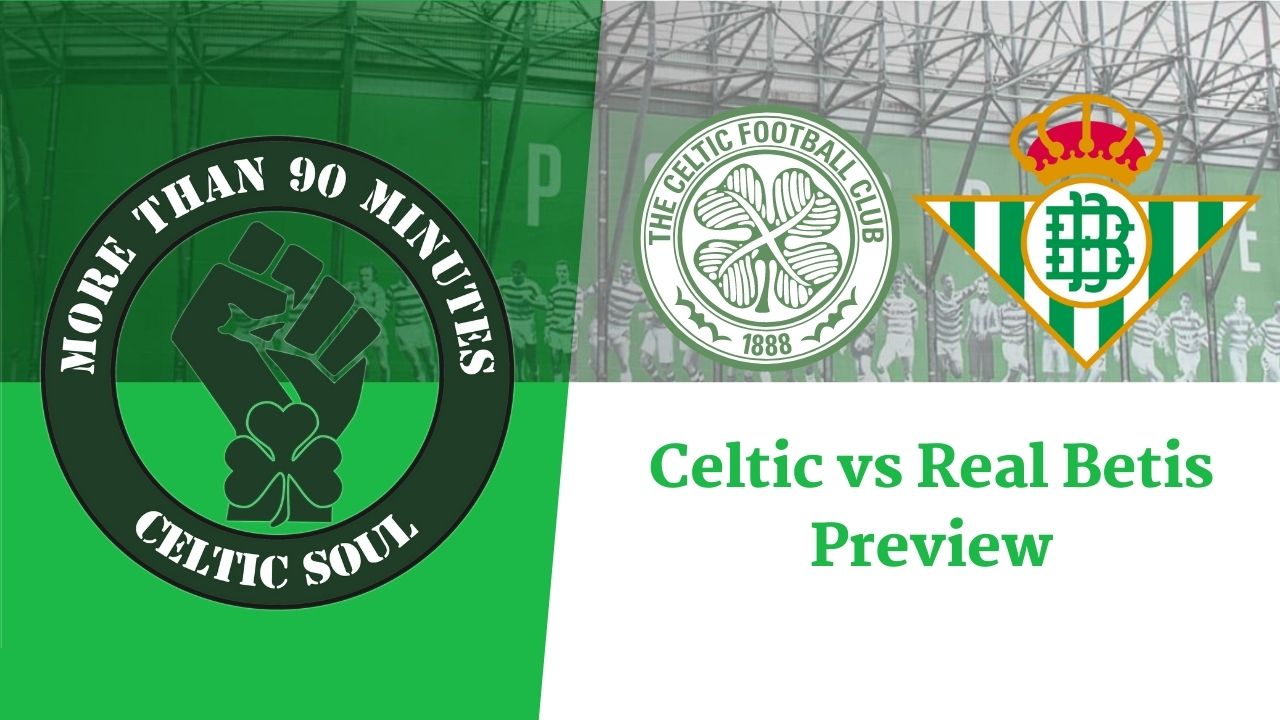 Celtic wrap up their Europa League campaign tonight with the visit of Real Betis to Celtic Park.

Sadly, the game is meaningless after Leverkusen scored a late winner a couple of weeks ago. Celtic have been unfortunate not to progress after having led in both Seville and Germany, and beating Ferencvaros home and away. The victories over the Hungarian’s has ensured we drop into the new Europa Conference, meaning European football after Christmas. Given our performances, with a few more signings, it’s a competition I think we could do well in. 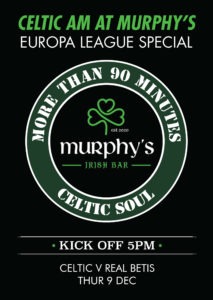 Betis travel to Glasgow on the back of a win over Barcelona at the Camp Nou. They have won their last five games in all competitions since a derby day defeat to city rivals Sevilla.

Celtic have lost their last seven matches against Spanish opposition, since we beat Barcelona 2-1 in 2012. Overall we have played Spanish teams 37 times, won 7, drawn 7 and lost 23. Not a great record.

I suspect both teams will make changes with nothing at stake, apart from coefficient points for Celtic. After his scoring league debut at the weekend, defender Liam Scales is likely to feature, it would be good for Greg Taylor to get some more minutes. Maybe a rest for Kyogo and McGregor would be handy ahead of the visit of Motherwell on Sunday. 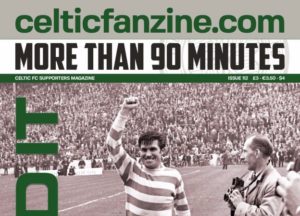