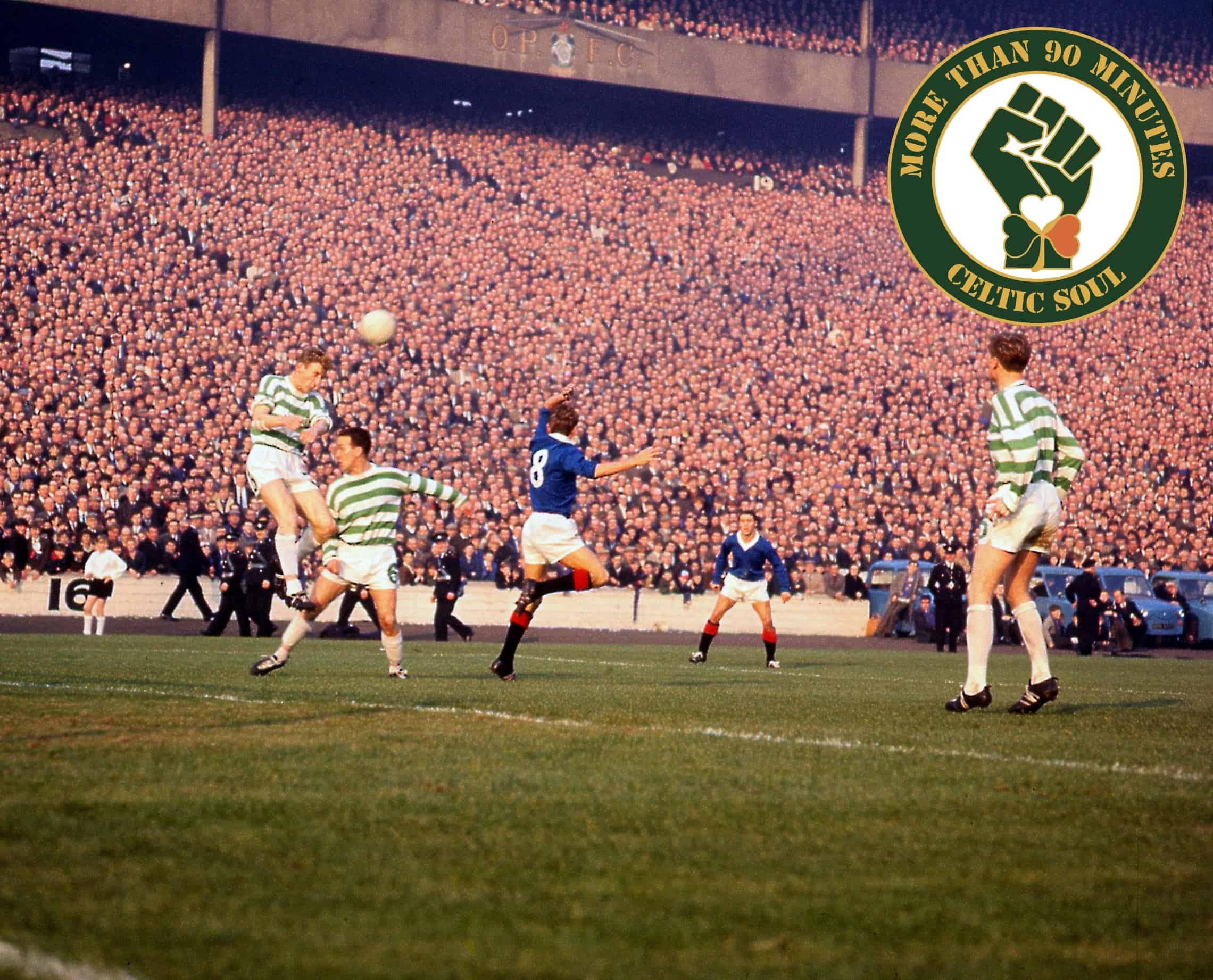 I am aware that not everyone will approve of me using the word “Rangers”. Some would prefer the word “the” being inserted; others will insist on words like “Newco” or “Sevco”. To each his own, but for simplicity’s sake, I will call them Rangers. You know what club I am talking about, don’t you?

Anyway, Celtic have faced Rangers 14 times in the Scottish League Cup final, and our record is slightly disappointing.

Rangers have thus won 9 Scottish League Cup finals against the 5 of Celtic, but the eagle eyed among you will have spotted that every single one of Rangers 9 triumphs was by the odd goal! Every single one of them saw Celtic supporters leaving Hampden feeling that Celtic could have done better, that Rangers were lucky or that the referee did Celtic few favours… etc. I have seen, either in the flesh or on TV, every one of them and I can recall at least one moment in each of them when someone like Jimmy Johnstone, Jackie Dziekanowski or John Hartson missed a chance or when a referee like Hugh Phillips, Bob Valentine or Davie Syme was cruel to us, or that we hit the post or the bar. Not that I’m paranoid. Oh good heavens, no! But then again if you cast your mind back to 2011, BOTH their goals went in off the post!

But let us talk about the happy times. October 19 1957 saw sputniks circling the earth, a new TV channel called Scottish Television to rival the BBC, a mysterious flu-type illness in West Central Scotland (now believed to have been caused by industrial pollution), fisticuffs a few days before the game between Charlie Tully and Bobby Evans – and 7-1! A film at the time was called “All this and Heaven Too!” No, no, we said it was “All This and Seven One!” A hat-trick from Billy McPhail, two from Neil Mochan, one from Sammy Wilson and a penalty from Willie Fernie. Do we still have any survivors from this game? You would really have to be in your late 70s, but I would love to hear from you. I was only 9, and didn’t get! I had to go to the Saturday matinee at the pictures instead.

October 23 1965 saw the Americans doing dreadful things in Vietnam, the Beatles still in fashion and Coronation Street the home. Of decent working class folk like Len Fairclough and Elsie Tanner rather than the criminals and people with social problems that we get today. It was also the day that Celtic confirmed their return to greatness after the Scottish Cup win in April. The new Celtic was confirmed when full back Ian Young, a grossly under-rated full back went in like a tank on Willie Johnston. No more Mr Nice Guy! Jock Stein on the touchline “cowed referees into fairness”, and Mr Phillips gave us two penalties – one when Ron McKinnon went mad and handled an innocuous ball, and the other a “debatable” one when Davie Provan brought down Jimmy Johnstone. John Hughes sank the pair of them, Rangers fans tried to steal the trophy from the Celtic players at the end, but the League Cup returned to Celtic Park, singing to the Scottish Cup “Take My Hand I’m a Stranger in Paradise!”

October 29 1966. Let’s be honest about this one. Rangers deserved at least a draw, but Celtic got the goal – a free kick from Bertie Auld, a head down from Joe McBride and Bobby Lennox didn’t even break stride to score. A long and painful second half, which included a breath-taking goal line clearance from Willie O’Neill. Referee Tiny Wharton ruled out a Rangers goal which he maybe should have given, and then turned down penalties at both ends. And what would have happened if we had not won this one? Certainly no clean sweep, maybe not even Lisbon – such is the long-term effect of a defeat in a Glasgow derby. As it was, Rangers blew up at Berwick and Nuremburg – but everyone knew that it was really Celtic who beat them in both games. They were a decent side, but couldn’t cope with being second best. Oh, and the Americans were still doing awful things in Vietnam, and the Beatles were still going strong, although showing clear signs of going all flower power, hippy and generally mad.

December 4 1982 saw rain and loads of it, cascading down on Celtic fans. But there was loads of singing and dancing as Charlie Nicholas and Murdo MacLeod scored the first half goal. Rangers pulled one back, but Celtic were always in command. A sight for sore eyes, certainly, but you looked at the rain, the half-empty stadium (it was being renovated so all the North terracing was out of action), the early December darkness, and you really had to question the sanity of the Scottish League. But even those of us who spent the next week in bed with pneumonia or exposure nevertheless had a good Christmas, even though the wicked fairy called Thatcher was now doing her worst. She had beaten up the Argentinians, and it was to be the miners next.

March 15 2009 was a brighter day, but the football between the two sides was summed up with the 0-0 score line at full time. But then Celtic upped it in extra time with, of all people, Darren O’Dea – that well known beater up of a Rangers fan who was being a pest to him – scored with a header at the start of extra time and then Aiden McGeady, a sometimes enigmatic and unpredictable player, was brought down at the end. He sank the penalty himself, and that night as we entered a well-known Celtic hostelry on the Gallowgate, we got free champagne which was showered on as we entered! Gordon Brown was the Prime Minister by that time. Not exactly famous for having everyone in stitches and convulsed with laughter at his unending stream of one-liners and funnies, nevertheless, he was OK, and a lot better than what was to come.

And the less happy times? In 1964/65 Bob Kelly was still in charge and we didn’t know how to win; in 1970/71 we were still recovering from the Milan European Cup final defeat; in 1975/66 Jock Stein was still in hospital following his road accident in July; in 1977/78 Celtic were at sixes and sevens having made the incomprehensible decision to sell Kenny Dalglish; in 1983/84 (the first televised Scottish League Cup final) Rangers needed extra time plus a penalty 1986/87 saw an ugly League Cup final with Maurice Johnston sent off and crossing himself (Maurice was always a very devout boy and his faith stayed with him all his life!) after Rangers had been awarded a dubious penalty 1990/91 saw a really dreadful Celtic set-up with the Board frightened to spend money and the team relying too much on the quixotic and really not very reliable Jackie Dziekanowski; 2003 was the year that Celtic were denied a perfectly fair John Hartson goal, Neil Lennon got sent off and Hartson himself missed a penalty – and we were far too worried about Liverpool in the UEFA Cup in any case; and 2011 needed extra time and could easily have gone the other way and both their goals went in off the post – so there you are, excuses for every one of them!