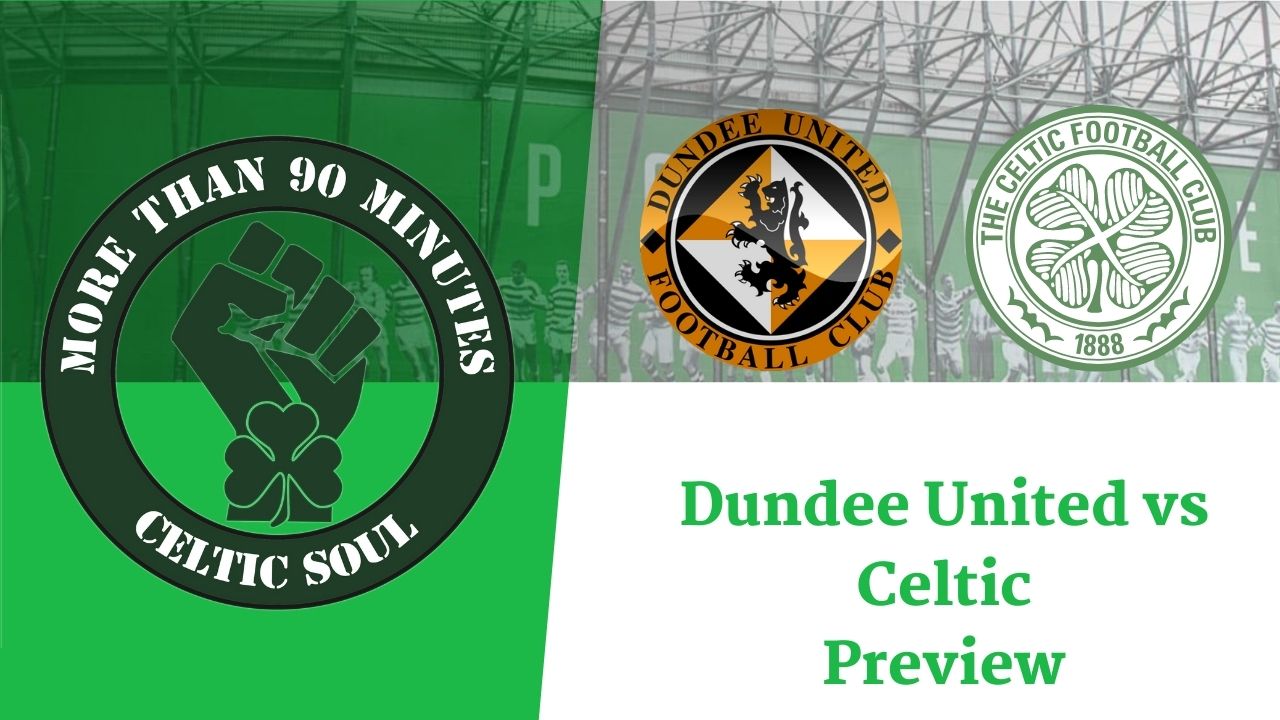 The games are coming quick and fast for Celtic as we travel to Tannadice to face Dundee United today in an early kick off.

After a period where we looked like we were getting close to a full squad after a spate of injuries, we can now add another three players to the injury list. Jota, Ralston and Welsh all left the field early against Hearts and would be doubtful to feature against United. We did welcome back Carl Starfelt and Tom Rogic back to the fold and Starfelt, in particular, had a good game, probably his best yet in a Celtic jersey.

The 1-0 win against the Jambos was massive, they had only suffered 2 defeats in the league before hand and know how to grind out results, in the end it was Celtic who would see the result out. Quite simply we were the more dominant team, plenty of people bumping their gums about Kyogo’s goal as if Hearts were cheated, it was marginal but overall we deserved the win.

We go into the Dundee United match, again playing catch up on the Rangers so as I seem to say every week, this is another crucial game.

United are having a decent season, currently sitting 4th, with 7 wins, 4 draws and 5 losses with a total of 25 points. However their form has dipped in the last 5 games with only the one win, against Aberdeen. Last week they were beaten by Motherwell.

The Celtic team has been announced and Carter-Vickers returns as does Greg Taylor at left back. Mikey Johnstone also starts.