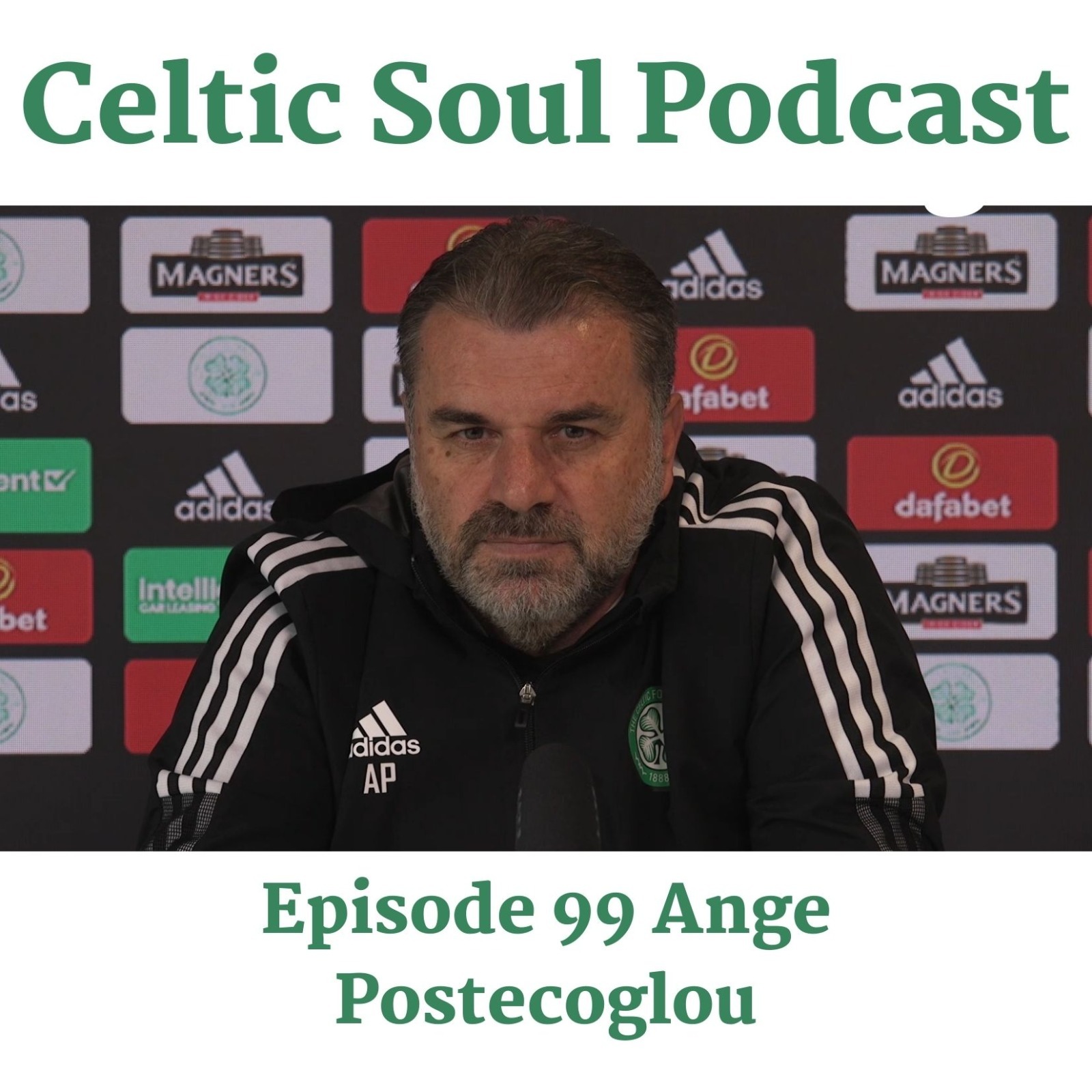 Celtic FC manager Ange Postecoglou chats about his time so far in the Celtic managers hot seat as we enter into the winter months which includes the shut down and the transfer window. He chats about the players he bought in including Jota and how he is enjoying his football at Celtic.

The Celtic Football Club manager talks about how he and his family have settled into life in Glasgow and the togetherness of the Celtic team and the Celtic fans after having to settle in with a new back room staff and the positive impact his captain Cal Mac has had in the dressing room along with senior players like Tom Rogic and Joe Hart. He also praises the support the Celtic fans are giving the team home and away.

After attending the recent Tommy Burns Story at Celtic, Erin asks Ange how did he enjoy the story of the Celtic Legend and the culture of Celtic and us the fanbase. Ange talks about Tommy and Bertie Auld and the importance of both men to Celtic.

Ange Postecoglou also chats about his philosophy on football and his idea of how Celtic should win and perform and the importance of Celtic Legends around the club like Danny McGrain and John Clarke. He mentions standing on the shoulders of giants from the supporters to the club founders.

Ange talks about the players who have yet to make an impact, some may go out on loan in January while others who had no pre-season will get their chance when they get up to speed and he is sure they will show their quality and says all the players are working hard each day in training and are improving.

As expected new Celtic fans favorite Kyogo popped up in the conversation and Ange is happy that he will have the January break for some rest and relaxation. He also draws similarities and differences in the environment between Japan and Scotland including the media.

The Celtic manager chats about the growth of football in Asia over the last 20 years. The quality of football players in Japan, South Korea and Iran and their technical ability and attitude.

He talks about his upcoming first visit to Hampden along with the majority if his players who will make their Hampden debuts. The importance of the win over Hearts so early in the season and how the team are more settled now and how the team has grown since the early Champions League exit.

He finishes off the press conference talking about what he expects from his players both on and off the park and the character that is needed to succeed with his style of play.