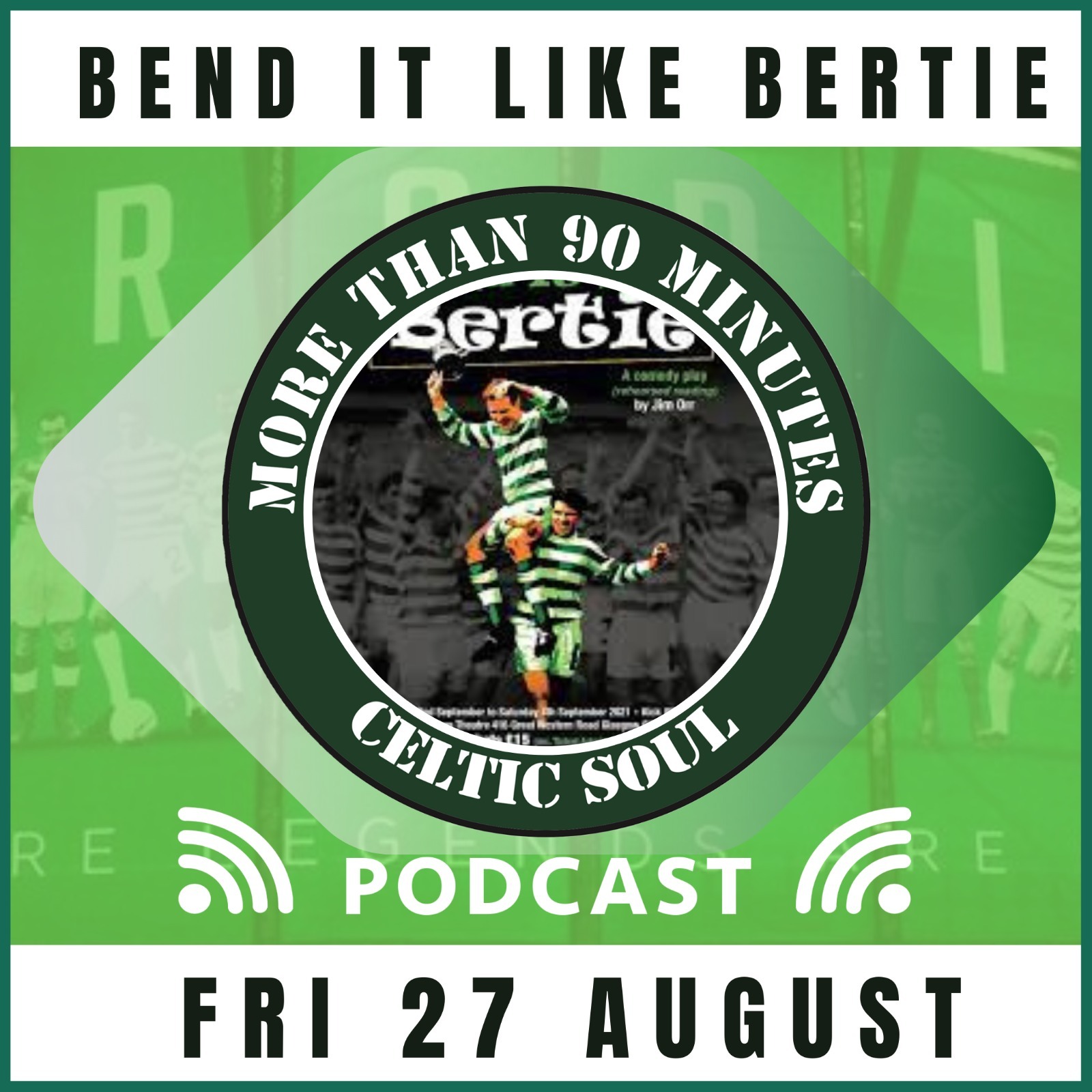 Celtic Soul Podcast Episode 90. Andrew Milne chats to playwright Jim Orr and Comedian Des McClean, older fans will know Jim from Save Our Celts back in 1990 which kick started the campaign to get rid of the old board. Jim is the man behind the Bend it Like comedy plays, a season ticket holder since 1988 Jim also is part of Football Memories charity.

Des McClean is an award winning comedian who has earned his stripes on stage, radio and television, he is a Celtic fan and he will tick off another from his bucket list when he takes to the stage in a Celtic play Bend it like Bertie.