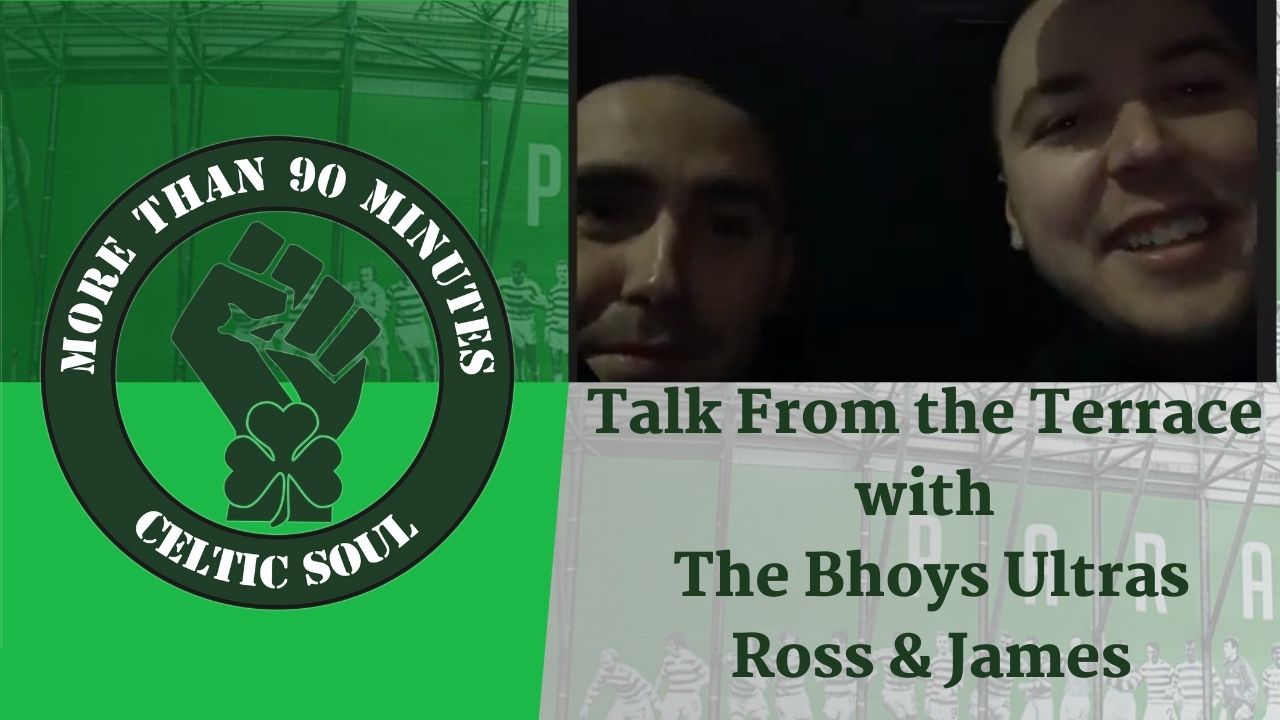 More than 90 Minutes Editor, Andrew Milne is joined on this Episode of Talk from the Terrace Podcast by Bhoys Ultras Ross and James to chat about why Bernard Higgins should not be employed by Celtic Football Club after his role in dawn raids on Celtic supporters homes during the campaign against the OBA.

They also discuss how the news was leaked about Higgins new role at Celtic Park and why they are part of the protests against him becoming an employee of Celtic as the campaign grows among Celtic fans from all corners of the World and all walks of life.

The Bhoys like so many fans hope that the club can enter into constructive dialogue with Celtic supporters representatives at a time when the Manager, Players and Fans are together but the feeling is the board are disconnected more than ever with the average fan on the street.