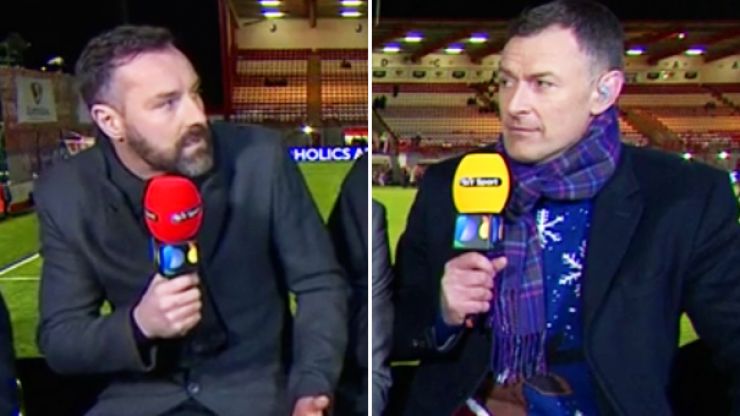 As Celtic fans scratch their heads about virtual season books for those who renew their actual season books, information is still a little tin on the ground for fans. Celtic have however announced they will be engaging with Sunset & Vine a production company who produce BT’s Sport’s Europa League Coverage and SPFL to produce the Celtic match day experience behind closed doors while we wait to take our seats in the stadium at a later date. Chris Sutton in your living room would be an improvement on looking at Kris Boyd. I think we can all agree on that one.

What ever a fan decides to do is their own business and they should not be judged by anyone else. Financial circumstances may dictate what you do or personal dealings with the club in the past over tickets.

As I said Celtic were right to offer a refund but they have gone about it the wrong way, we live in a digital age. You should have been able to click a link, import your details and receive your refund in a matter of a minute or two and it would not take up so many wasted hours for the hard working Celtic ticket office staff and I’m sure the long suffering Celtic supporters liaison officer,  JP Taylor is inundated with correspondents.

Instead you had to print off a form (mobile smart phones have almost done away with printers in homes and most work places were closed to print off the form), and post it back to Celtic (go to the expense of buying a stamp/envelope when it could have been emailed back, note Celtic did not go to the expense of the postal route yet expected the fans to) and for the inconvenience fans will receive a cheque for which a bank fee may apply for lodging the cheque after having the pleasure of queuing in a bank and if you live outside the UK you will have to pay a currency conversion fee when a direct transfer into your account would have been easier. A win for the banks but a yellow card from a section of the fans to the Celtic board room.

Was the system set up to make it as hard as possible for Celtic fans to reclaim the refund? or are the powers that be so far removed from the average Celtic fan on the street, I hope those who came up with this repayment system learn from this mini fiasco.

So where does that leave us now, Celtic fans may have already a subscription to Sky Sports (almost all Celtic away games will be live on Sky and the odd big home game, they may have a subscription to Celtic TV and some households will have multiple season book holders in the house so will season ticket holders be offered a part refund next season for the games held behind closed doors  but broadcast on the virtual season ticket stream into your home? And if so will Celtic fans have to go through the same old fashioned method for a refund?

In summing up I think that those running our great club have scored an own goal but hopefully they will have learned lessons from this. Hopefully we can get JP or a representative from the club to come onto the Celtic Soul Podcast in the coming weeks to clarify the questions posed above.

Hopefully any fans who lost their jobs during the lock down can get back working soon and we can all get back to Celtic Park soon to cheer on the Bhoys to 10IAR.

Andrew started More than 90 Minutes in 2001, he is a former newspaper columnist with the Daily Ireland and the man behind celticfanzine.com. He is host of  the Celtic Soul Podcast & Celtic AM pre-match events at Malone’s in Glasgow on match days and follows Celtic Home & Away. He is a season ticket holder for Celtic FC and the Republic of Ireland. He is also P.R.O. of St. Margaret’s CSC, a member of the Celtic Trust and the Celtic Graves Association.