Celtic Have Nothing to Fear – Frank McAvennie on the Rangers Challenge 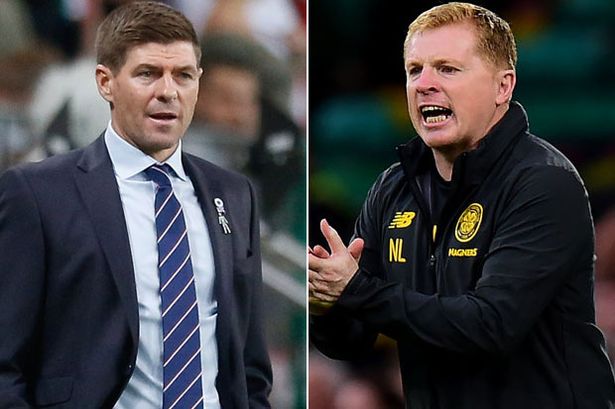 With Edouard and Griffiths upfront and the signing Rangers have made former Celtic striker Frank McAvennie is confident that Celtic can turn on the style this season and thinks Aberdeen could beat Rangers on the opening day of the season and Celtic will make easy work of Hamilton on the first weekend.

Frank was in conversation with me today on the Celtic Soul Podcast as we looked ahead with plenty of confidence but disappointed with the services of Frazer Forster not being secured and with Frazer being financially secure he could come back and get his photo on the wall at Celtic Park forever and is surprised he has not signed.

Joe Hart’s name was mentioned, Macca says he was terrible at West Ham and Burnley and was released from Man City because of his feet and not his goalkeeping skills but Neil Lennon prefers his goalkeepers to be more direct rather than sweepers and it would be a chance to get his career back on track in front of 60,000 fans.

He speaks so highly of Scott Brown equalling his gaffers Billy McNeill achievements of 9 in a row but he does not see who can take over from him as he talks about the current crop of players and what they have to offer this season. Scott is the man in his opinion and thinks he could be the perfect partner to Neil Lennon in the dugout when he does retire.

On the defenders Ajer and Jullien he would like to see a player or two to come in to put pressure on the two first choice central defenders. On the fixtures he has no doubt that the players will have been looking to see when and where the game v Rangers is as he reflects back on his clashes with them.

Macca also chatted to me about pre-season, life in lockdown in Glasgow, The Centenary season, the players he played alongside and against, the managers John Lyall, Billy McNeill, Alex Ferguson, Liam Brady and Lou Macari.

Macca turned down a move to Rangers and Arsenal because of his emotional connections to Celtic and Westham and he tells me about Souness trying to sign him when they roomed together at the World Cup before Judas as he describes Mo Johnston and also his fall out with Fergie and Lou Macari.

He jokes about his time at St. Mirren when Tommy Burns made an ejit out of him when Celtic came to play. Injuries and Kris Kamara breaking his leg and of course his time off the park and how he enjoyed the nightlife and bright lights of London but stresses that he would like to have done half as much as the tabloids suggested and would have never been forgiven by his team mates at Celtic for not putting in 110% on the field.