Home / Events / Celtic, Ferencvarosi and the Russian Invasion of Prague

Celtic, Ferencvarosi and the Russian Invasion of Prague 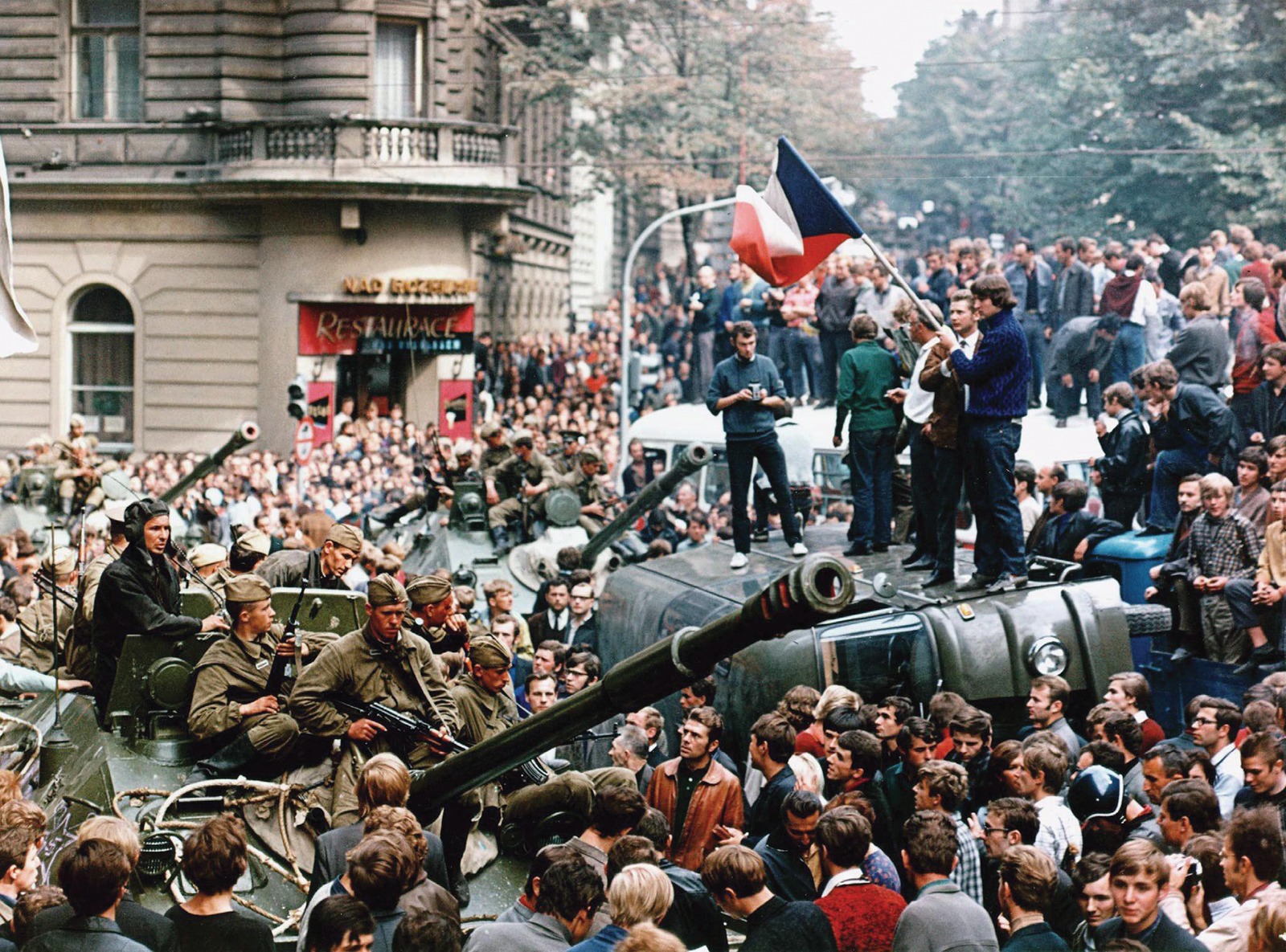 In 1968 as Vietnam was in full flow and the Black Civil Rights movement marched to Washington and Chicago, in the 6 counties Civil Rights was also on the agenda as marchers took to the streets to protest for reform of the corrupt gerrymandered statelet, across Europe tanks were rolling into Czechoslovakia from Eastern Bloc countries, Bulgaria, Hungary, Poland and the USSR, the Kremlin had decided that the liberalising Government of Alexander Dubcek were pushing reforms a bit much and Warsaw Pact forces trundled into Prague.

It became known as the Prague Spring, the country was divided into the Czech Republic and Slovakia, on 20th August 200,000 soldiers and 2000 tanks invaded the country, over 70 civilians were killed and 200 wounded, similar to Operation Motorman in Derry in ’72 there was no organised military resistance to the Russian invasion but the people organised a form of nonviolent protest, not fraternising with the enemy troops especially, changing and painting over road signs to confuse the foreign soldiers, not unlike you see in the 6 counties where Londonderry’ will be painted out and ‘Derry’ left as the road sign! Wencheles Square where we visited a few years ago was the scene of major protests during the year and battles between the communist activists and those protesting against the system

The Russian intervention put an end to that! The iconic image of the period was the self-immolation of Jan Palach in Wencelas Square that year, the History undergrad at Charles University set himself on fire in a single act of resistance to outside interference, his brave and defiant protest was not unlike the Hunger Strikes of 1981, the funeral turned into a massive protest and eventually made him a Czech martyr, his sacrifice was followed by two other students, also in Hungary two more students did the same thing and a Polish student took the same form of protest against the influence of the USSR throughout Eastern Europe. 20 years later the memory of Palach led to the fall of Communism in the Czech Republic!

As a consequence of the events in the Czech Republic the European Cup draw for season ’68-69 was affected. Celtic had been drawn against Ferencvaros but with Hungary involved in the invasion, Bob Kelly said that Celtic as a protest would refuse to play against the Hungarian team, the same happened throughout Western Europe where clubs in every country refused to play against teams from the East and in return teams from the East refused to play Western European teams causing a major headache for UEFA!

Bob Kelly sent a message to UEFA that no teams in Western Europe should be
forced to play in the East. Ironically Leeds were to play Ferencvaros in a two-legged final of the Fairs Cup (forerunner of the present Uefa Cup /Europa League), Don Revie criticised Celtic for mixing football with politics and Leeds went ahead with the second leg of their final which they won. UEFA decided in a compromise that teams from East and West would be kept apart in the rejigged draw, most of the Eastern
teams withdrew although a few decided to play on, including the Czech Republic.

In the remade draw Celtic were paired with St Etienne, winning 6-0 on aggregate, then demolishing Red Star 6-2 before progressing to the quarter-finals where they lost 1-0 to AC Milan, the eventual winners, to illustrate the status of Celtic in European football at the time, when they drew 0-0 in the San Siro, Celtic were favourites to go through but an early mistake by Cesar gave Milan the lead which
in typical Italian style, they defended for the next 80 minutes to progress to the semi-final, when the result came through it was seen as a real shock as in those days generally, the host team always won their home games, unlike today.

As far as Ferencvaros went and the occupation of the Czech Republic, Celtic had taken a principled stand although some would say there was never any protests about the Yanks invading Vietnam and murdering thousands of innocent Vietnamese, or indeed in our own case, they never objected to British troops on
Irish soil, in fact, to rub salt into the wound they made former British Minister for Defence John Reid Chairman of Celtic.

Whatever the merits of boycotting Eastern European teams, Bob Kelly was given
a Knighthood in the following year’s Honours List, his final observation on the whole issue, ‘for Celtic there are things more important than money’! Bob Kelly had a certain reputation at Celtic, he more or less ran the show before the Jock Stein era but without his stance during the flying of the flag of the Irish Republic controversy in the 1950’s there might not be any Celtic at this stage.

The SFA were insisting that Celtic remove the flag from Paradise but Bob Kelly stood his ground and refused to do so saying that he would ‘prefer to see Gaelic football at Parkhead than take down the tricolour’! Hibs, the original Irish and catholic club in
Scotland were the prime movers on the issue and ironically to their credit Rangers gave support to Celtic and the issue was dropped and the flag flies proudly over the North Stand to this day.

Ferencvaros visited Parkhead this season in the second qualifying round of the Champions League, it was over 50 years since they were originally paired with the Hoops and we have never met since. The club based in Budapest, the Hungarian capital and centre of an uprising against Russian occupation a decade earlier in
the mid 50’s, the club are the most successful in Hungary winning the League title 31 times and the Magyar Kupa 23 times, they also won the InterCity Fairs Cup in ’65 and lost three other finals and were the first Hungarian club to qualify for the Champions League in 1995. The club play in green and white with their badge showing similar stripes and while based in Budapest have supporters all over Hungary, the fans have a connection with fans of Rapid Vienna and Panathinaikos
who also play in green and white, like our own ‘Green Brigade’ they are called ‘the Green Brothers’, and apparently they also have a connection with fans of Hibs

Their main rivals in Hungary are Ujpest Doza and Honved but their city rivals and local derby is with MTK Budapest dubbed ‘the Eternal derby’ to join El Classico, Merseyside, North London, Superclasico, Derby Milano and what used to be called ‘the Old Firm’! Ferencvarosi to give them their proper name have had lean times since the turn of the millennium winning only five titles since 2000 although they have had a revival in recent years with three titles in the last five seasons.