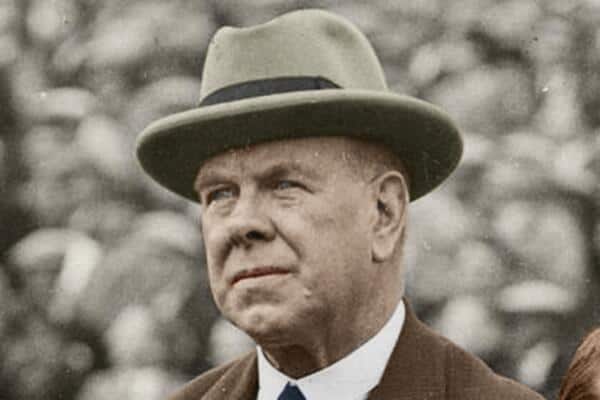 The attention was today fixed on Celtic who were going for what might have been called a “double-double”. They had won the Scottish League and Scottish Cup in 1907, and last week in a spectacular demolition of St Mirren, they had won the Scottish Cup of 1908, and today a win over Rangers at Ibrox would guarantee them the Scottish League. They were in the happy position of having games in hand in any case, but it would be nice to do it at Ibrox, and in any case today April 25 1908 was the 40th birthday of the man who had done it all for them – Manager Willie Maley!

Even though the two respective managers, Willie Maley and William Wilton were good friends, relationships between Celtic and Rangers had been far from cordial since the suspension of Jimmy Quinn last January, but Jimmy had come roaring back until he had been “derailed” by a septic toe in early 1908. But he had recovered by late February, and was now “back on track” in the words of a journalist who enjoyed railway metaphors.

Yet today Jimmy was shamefully targeted by Rangers defenders and by Jimmy Galt in particular, a rather brutal character who seemed to enjoy the nickname of “dirty Galt”. Quinn was injured several times in the first 15 minutes, was forced to play on the wing and then had to retire altogether.

It did not matter however, for Alec Bennett (who of course had played before in the centre forward position) took over Quinn’s place, compelling Rangers’ recent acquisition from Arsenal, James Sharp to go with him. “The Artful Dodger” won this particular battle, and it was he who scored the only goal of the game. The 1-0 score-line might have given the impression of a close encounter. It was anything but. McMenemy and Bennett were superb, and if Quinn had been in action, the score would have been a “horrendous” one. Behind them, the mighty troika of Young, Loney and Hay broke up anything Rangers offered them, sprayed passes and controlled things, “gobbling up everything that came down the middle” with Willie Loney earning the nickname “No Road This Way”.

Full time came, and Jimmy Quinn, now watching the game from the touchline, had what in some ways was his greatest moment. He would have had every right to churlishly ignore the Rangers thugs who had persecuted and maimed him. No, Jimmy calmly got up, walked to the Rangers players and shook hands with them. This action marked Jimmy out as being a special sort of man, but everyone knew that anyway! And yet he walked and talked “just like an ordinary man”!

The Press rained down their plaudits on Celtic and Willie Maley. The Dundee Courier states that “the best fellowship had existed between player and player and player and Director and this had not a little to do with the success of the club”, and The Glasgow Herald says that “the players have been heartened and nursed as they would nowhere else have been”. Captain James Hay was a proud man as well, and it was true that every one of the Celtic players had been reared from the junior ranks. Even as early as 1908, people said that was “the Celtic way”.