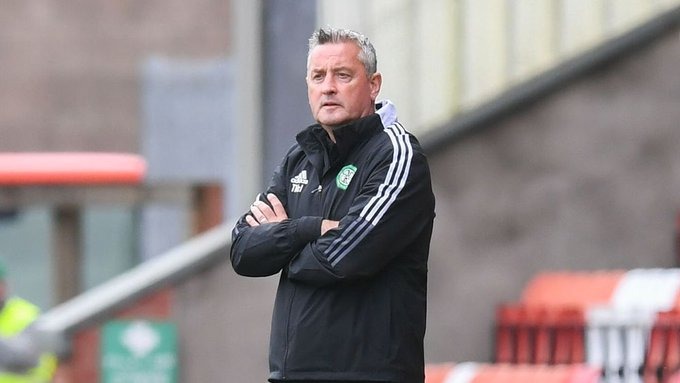 After a three and a half week hiatus Tommy McIntyres side were back in action at the Penny Cars stadium in Airdrie on Friday night.   East Stirlingshire were the visitors as the Celtic B team looked to build on a steady run of results so far in the Scottish Lowland League.

Straight from the kick-off the visitors looked to put the pressure on the Celtic backline, a neat move down the right wing ended with a cross flashed in front of goal, but thankfully nobody in the East Stirlingshire forward line had gambled on the ball breaking free in the Celtic box.

The opening quarter of the match saw the visitors make most of the running and came close to opening the scoring when an effort came back off the woodwork.  Celtic were growing into the game and were getting some joy through a congested midfield battle.   Both Murray & Murphy looked to build attacks from deep lying midfield positions, some weaving runs and good footwork opened up a couple of half chances for Brooks and Moffat in attack, but the East Stirlingshire defence and goalkeeper were able to thwart any danger .

On the half hour mark the visitors were ahead when Dean Watson calmly dinked the ball over Ryan Mullen in the Celtic goal.    East Stirlingshire capitalised on hesitancy in the Celtic left back position gaining the break of the ball before setting up a tidy finish.

The match opened up in the closing moments of the first half when Celtic almost drew level as Wylie latched on to a through ball from midfield, but once again Connelly saved in the East Stirlingshire goal.   At the other end Celtic captain Lawal was in the right place to clear a goal bound effort off the line.   One nil to the visitors at half-time.

The second half followed the same pattern as the first, East Stirlingshire were strong and well organised, using the ball well when they had it and made it very difficult for Celtic to break down their defence in the final third.

Just before the hour mark some positive play down the right wing opened up the visitors tight defence, good close control & passing on the edge if the box released Owen Moffat with a chance on goal, but he was brought down just inside the box.   Penalty to Celtic and opportunity to draw level.   Unfortunately, Moffat could not convert from 12 yards putting the ball over the bar from the Penalty spot.   Ross Connelly in the East Stirlingshire goal took as much time as he could climbing into the stand behind the goal to retrieve the ball, much to the frustration of the Celtic side.

As tiredness crept into both sides it was the visitors who were able to dictate the tempo of the match and the clock in the final 15 minutes.   Celtic were fortunate not to go further behind when the woodwork saved us from an East Stirlingshire corner.

All in all another learning opportunity for the B side against a robust and resilient opponent, with positive performances from Dane Murray, Joseph Murphy and Bosun Lawal. 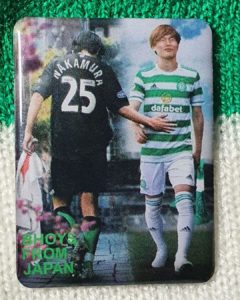