Home / News / Celtic Are Back 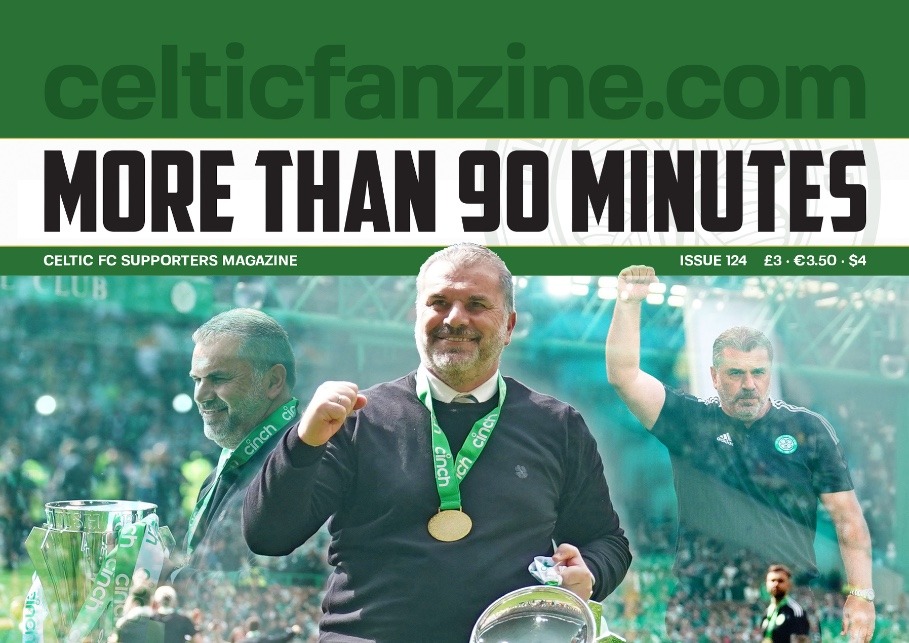 Celtic are back in action this weekend and More than 90 Minutes Celtic Fanzine returns with another packed edition of the fanzine which first went on sale over 21 years ago. Back then it was print only but now you can also download the E-Zine of each edition. 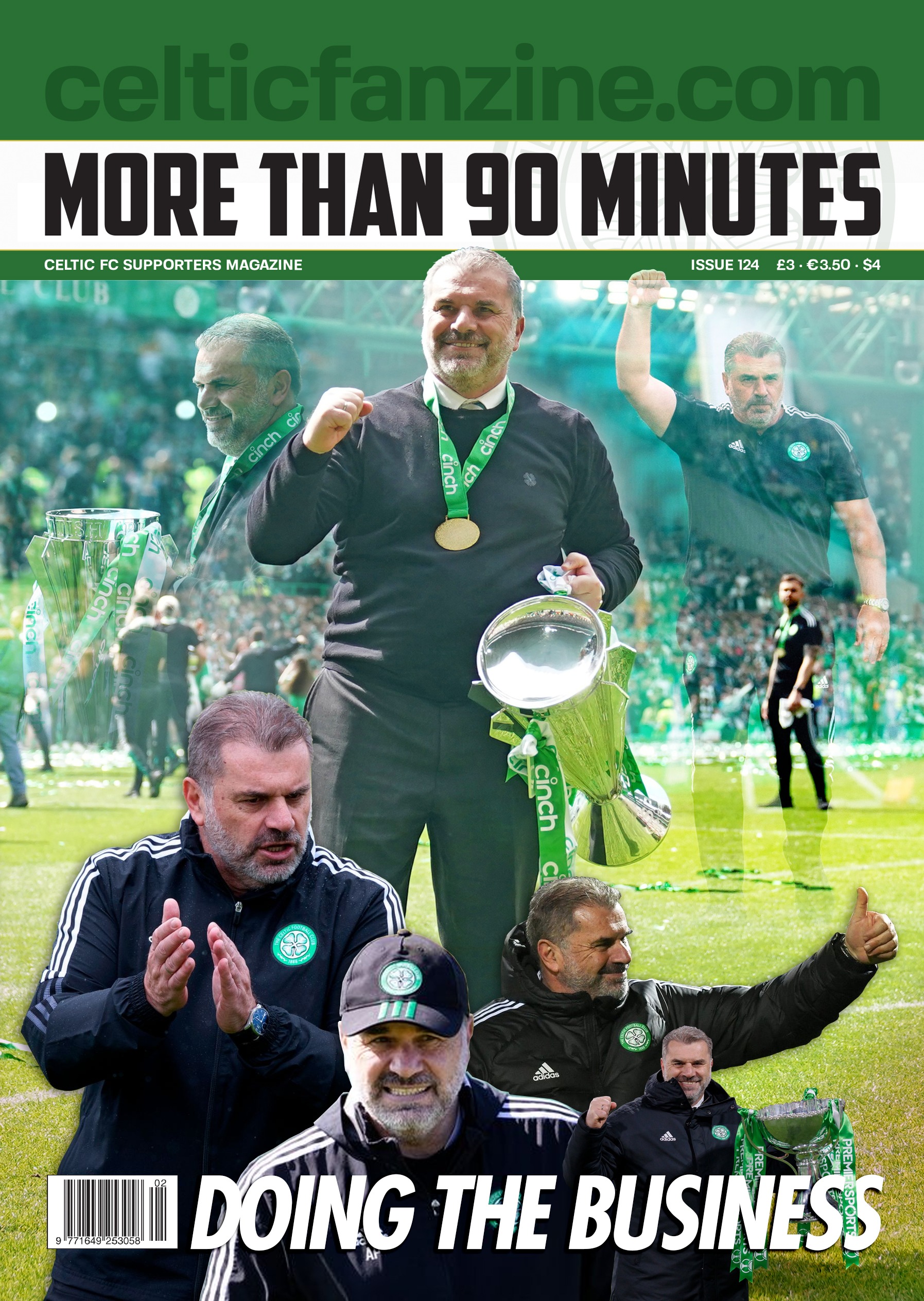 Inside this issue graced by Ange Postecoglou on the front cover, Andrew Milne looks at how the manager continues to get his business in the transfer market done early as we head into the business end of the season with 3 trophies up for grabs.

Ciaran Kenny looks back at our Champions League campaign. Moderate Risk, Great Reward writes Eoin Coyne as he looks at Celtic’s latest signings, Yuki Kobayashi and Alistair Johnston. Rachel Lynch welcomes back the return of the SPFL and the return of Celtic’s World Cup players.

Paddy McMemamin tells the story of the Celtic Symphony wrote by the Wolfe Tones and the controversy it caused by the victorious Ireland woman’s team singing it after qualifying for the World Cup. 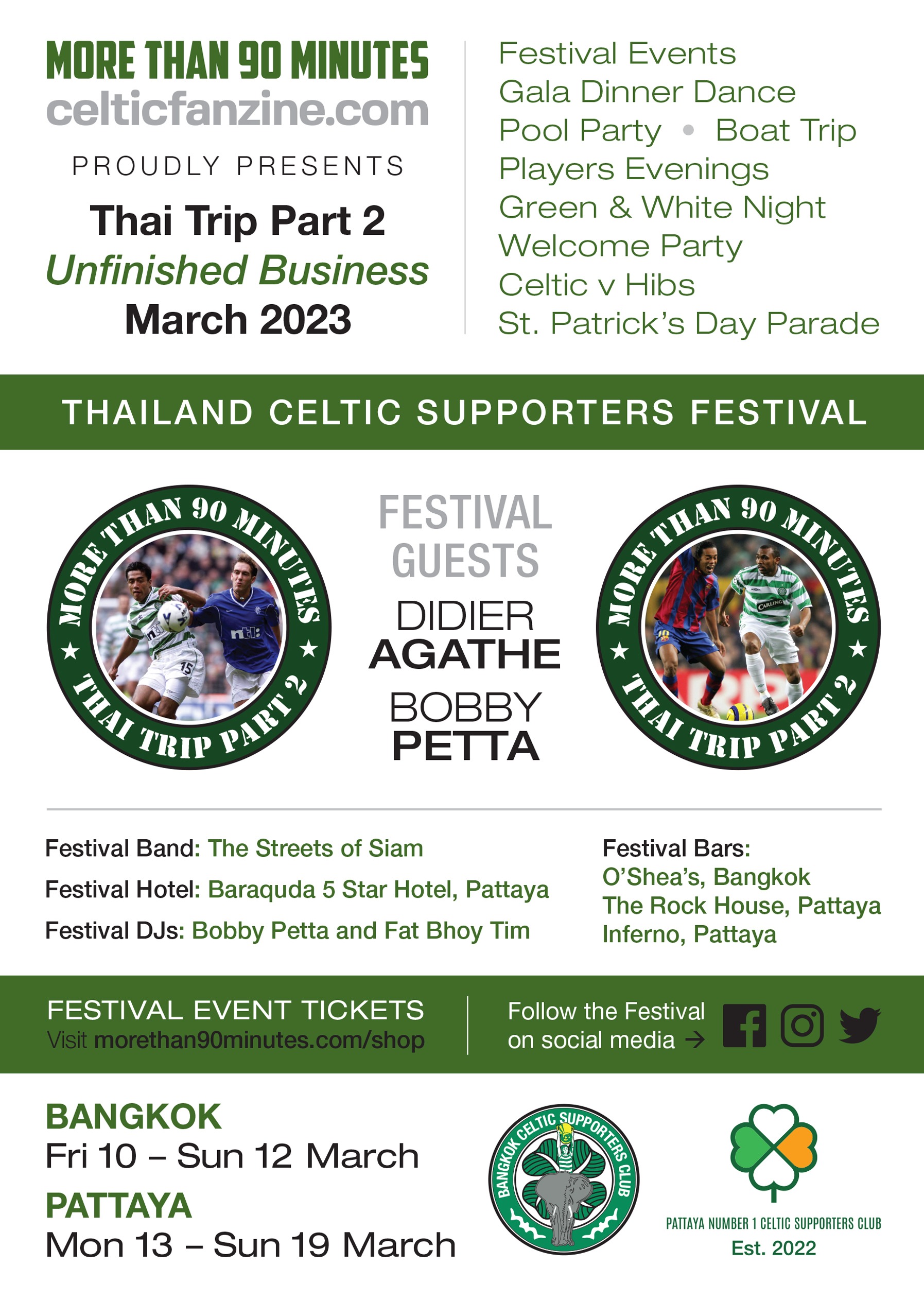 Celtic Historian & Author, David Potter writes about Celtic’s Cricketing Fullbacks, Jim Welford and Dave Storrier. He also looks back at Dundee United v Celtic 1962 in Kick it Ye C**t and at the  Celtic players who joined the Army in his Soldier Bhoys article. He also tells the history of our encounters with Morton in the Scottish Cup ahead of our upcoming clash.

Guest Columnist, Nick Stockling looks at Mark Viduka’s time at Dynamo Zagreb and Liam Kelly reflects on how Celtic players were over looked for Scottish caps over the years.

Plus all the regulars – All Our Yesterdays, Away Days, Editors Desk, Cover Story, First, Worst and Leave the Best till Last,  Fan Focus, Potters Players, Tim Molloy , Reviews and the return of the Anorak Quiz. 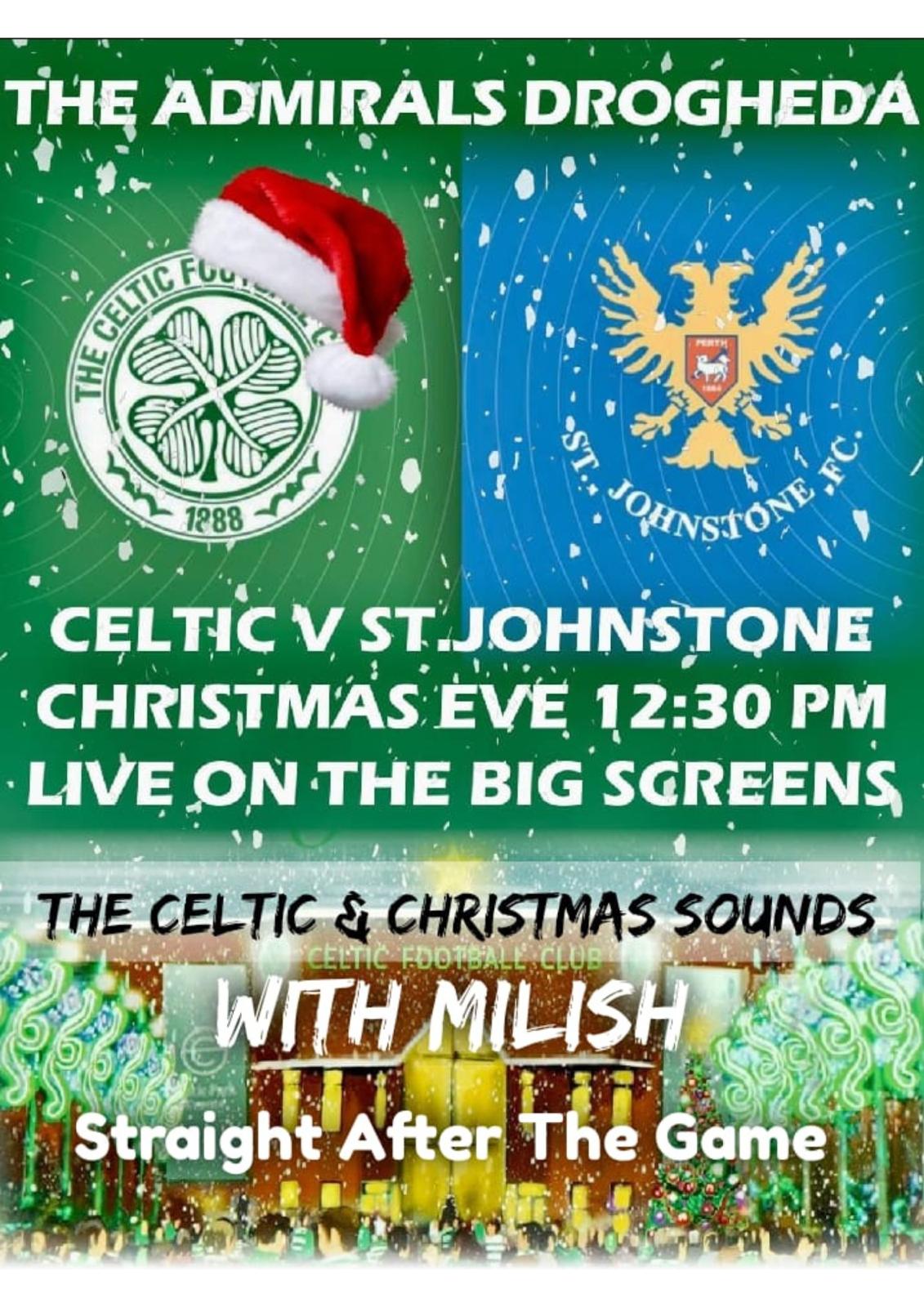