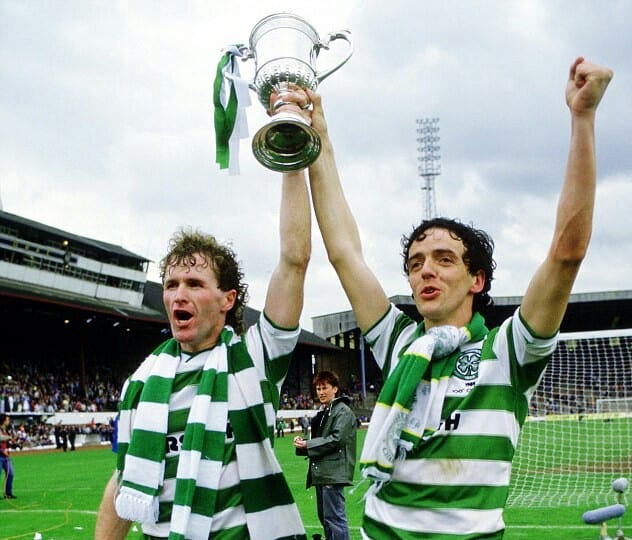 We’ve welcomed the debutants on to the hallowed turf at Celtic Park, unfurled the flag celebrating our 8th championship title in a row & even had a momentary fall out with the team, management & board after a disappointing exit in the Champions League qualifier, but there is still one more sign needed to acknowledge that the new season has fully kicked off…………& that is the return of Celtic AM to Malones in Glasgow.

Well, this weekend Celtic fans can once again kick off game day with the perfect pre-match build up as Andrew Milne hosts the first Celtic AM of the season.    These get togethers have become a regular staple amongst fans making their way to Paradise over the last few years.    These sessions make an excellent start to a matchday experience for all the family.   A bit of brunch washed down with a few beers as you listen to songs & stories about the Celtic Way.

The first of many crinniú during the 19/20 season kicks off at 11 am this morning when the doors open in Malones.    A bacon roll, some songs of love, hope & freedom mixed with chat about all things Celtic from writers, actors, historians, social a activists & former players.

This weekend the goal scoring hero of the 100th Scottish Cup final in 1985 Frank McGarvey will be there sharing his thoughts on his Celtic career & for the season ahead.     Joe Bradley, writer of the Celtic Minded collection of books will be launching the latest in the series.    We will also hear from Dr John Kelly & Frank Devine as well as music throughout the session.

With doors at 11 am & final whistle at 13.45 there’s a lot to squeeze in & plenty to enjoy before making your way to Paradise to watch the Champions seal 3 points at the start if another huge week for the club.

Hope to see you there.