Home / Celtic AM / CELTIC AM IS BACK

CELTIC AM IS BACK 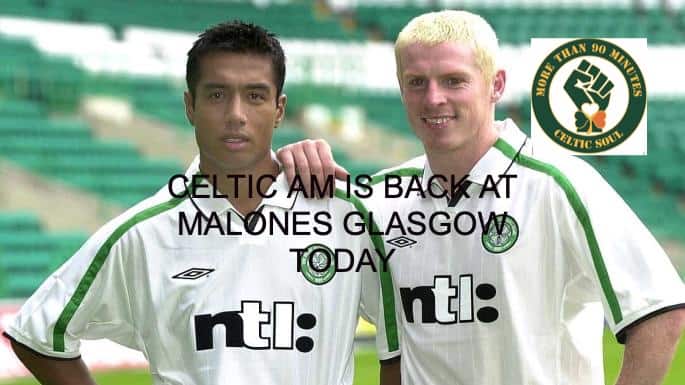 CELTIC AM IS BACK

Looking forward to getting back to Malone’s this morning before Celtic take on Motherwell. We have a cracking cracking line up of guests and free bacon rolls.

Former Celtic winger Bobby Petta will be along to look back on Thursday nights victory over Lazio, Racism & winning in Europe with Neil Lennon.

Paul McQuade from the Shamrock Fanzine will be joining us to chat about the Walfrid Walking Tours, his new book “Said Lizzie To Philip” & Tom Campbell’s book “A Very Different Paradise”

Paul Sheridan from the Wakes will be also joining us to fill us in on what the band have been up to & their Anti Fascist Stance. He will also be playing some of original Wakes songs and some old favorites