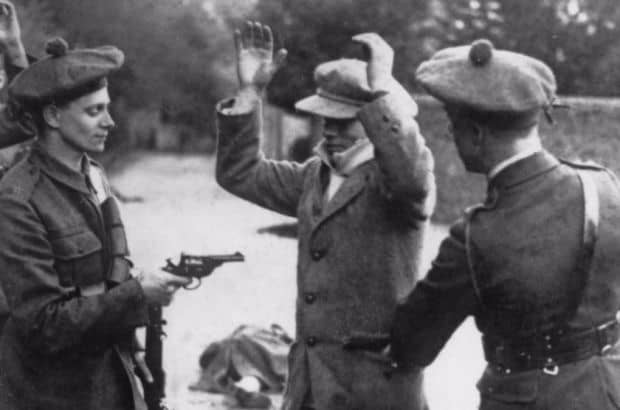 1920 is a hundred years ago. Like 2020, it was a strange time. The world was upset, in chaos, disorder and tumult. A better world was possibly emerging, but it didn’t necessarily look like that at the time.

The main definition of the age remained the Great War. It had been over for more than a year now but its effects were everywhere. Injured men, sometime hideously so, war widows, orphans, disorientated people – and this was in the country which was reputed to have won! Glasgow had been hit hard. Being Glasgow, it was fighting back, but it was a struggle.

The economy had been devastated. Rebuilding would take a long time. The men who had survived the war were by early 1920 now more or less, all home – but so often there wasn’t a job for them. This was no “land fit for heroes to live in”. The slums were still there – the filth, the overcrowding, the squalor – the very things that had made it so superficially attractive in 1914 for young men to “join up” to get away from, but now having seen the hell of war, the same young men (other than those who were left lying in France) came back to see the same hovels.

And there was the ‘flu, called for xenophobic reasons the Spanish flu but it had affected everyone throughout the world. It was now well past its peak but it was still there and still causing havoc.

And Celtic supporters had their added source of angst. It was called Ireland, a bleeding sore throughout the Victorian ages, and now reaching its violent and bloody conclusion. Following their sweeping victory in the 1918 General Election, Sinn Fein had refused to sit in Westminster and had set up their own Dail in Dublin, declaring themselves a sovereign nation.

This had not gone down at all well in London, and 1919 had seen much bloodshed all over the island of Ireland. But there was now a sinister development when “ex-servicemen” and convicts were being invited to join an auxiliary force to supplement the Royal Irish Constabulary. They were the men who would in time become known as the Black and Tans, from March 1920 onwards they began to arrive in Ireland. They were the men who had enjoyed the violence of the Great War, and they wanted more!

All these factors were very much alive as season 1919/1920 approached its conclusion. This was the season in which the “boy wonder” Tommy McInally made his appearance. The team had won the Glasgow Cup in the autumn, but Maley had made the bad mistake of not playing McInally against Rangers in the quarter final of the Scottish Cup, and Celtic had gone down 0-1. But there was still the League to play for. Celtic were the more sparkling team with better players, but Rangers had the consistency and the ability to grind out results.

Several things strike one about the match reports of spring 1920. One was Celtic’s inability to put out a settled forward line. In Patsy Gallacher and Tommy McInally, they had the best two forwards in the business, but they didn’t always function together well, and were both prone to injury problems, the occasional suspension and “temperamental clashes” either with each other or with Willie Maley.

In addition, it was now believed (wrongly as it turned out) that Jimmy McMenemy was finished. Yet in spite of all that, form was good. Six games in a row were won and won well between mid March and mid April, and a belief grew that Celtic could repeat last year’s League championship success.

The other thing that was apparent was that the crowd were boisterous, numerous but not always very well behaved with reports of bottle throwing and other disturbances at away grounds. And so many of the culprits were young men – lacking in so many cases the father