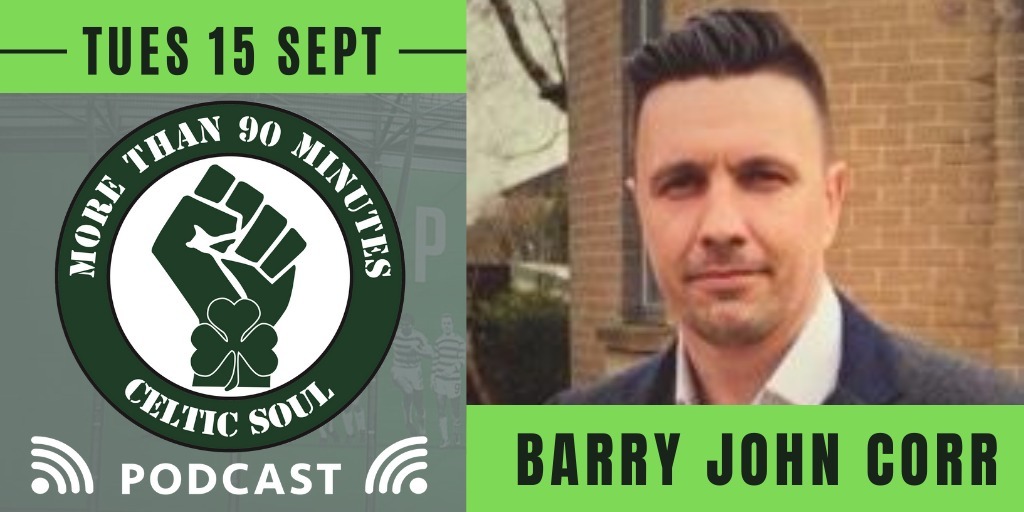 Barry John Corr is a Celtic fan and a former Celtic player whos’ son Dylan is now forging a career for himself at Celtic after signing a new 3-year contract while serving his time in the under 18 team.

When Barry was a young bhoy he dreamed of playing for Celtic and would make sure his Dad, brought him into Celtic Park early so he could watch his idol, Packie Bonner warming up. At the age of 13 he was invited by the then Celtic goalkeeping coach, his hero Packie and the late great, Tommy Burns to train with the Celtic first team.

On his 16th birthday he signed professional forms for Celtic and in 1999 he made his senior Celtic debut at Tynecastle. While out on loan he broke his back in 2 places but it would not show up for a year on X-rays, when he was finally told he had a broken back it meant he was out of football for another year.

On his return to Celtic he went on a pre-season tour to Sweden and as the Celtic team prepared for a trip to the USA, Martin O’Neill told him he was not part of his plans and was released. Who was going to take a chance on a goalkeeper with a bad back?

After getting knocked back by a few clubs, Terry Butcher took a chance on him and took him to Motherwell and he was on the bench on that black Sunday when Scott McDonald broke all our hearts including the Celtic fan sitting on the bench.

Barry was in conversation with me on the Celtic Soul Podcast today to listen to the full interview click the link below.

Andrew Milne started More than 90 Minutes in 2001. He has written for numerous publications and online about Celtic.  He is a former newspaper columnist with the Daily Ireland and the man behind celticfanzine.com. He is host of the Celtic Soul Podcast & Celtic AM pre-match events at Malone’s in Glasgow on match days and follows Celtic Home & Away. He is a season ticket holder for Celtic FC and the Republic of Ireland.