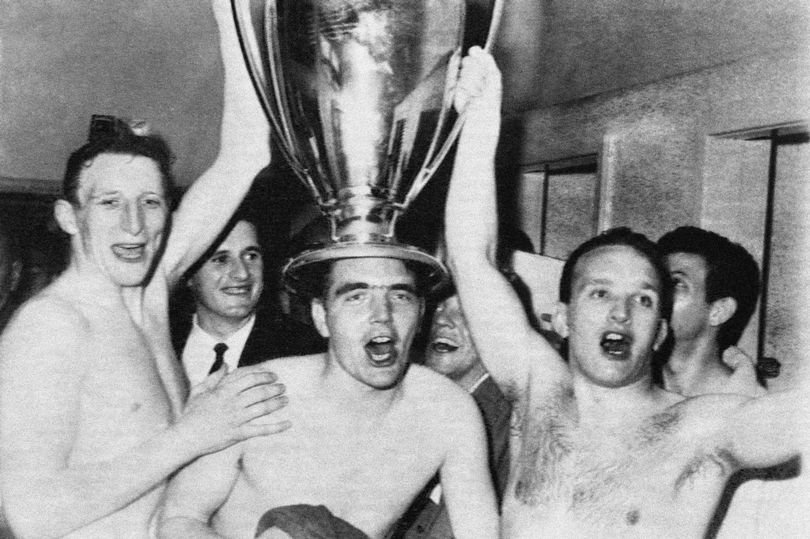 Just recently it was Bobby Murdoch’s anniversary and quite a lot of attention was focused on the man who I consider to be the best player ever to pull on a Celtic jersey, and while facetiously not referring to his rather ‘stocky’ physique, to paraphrase Jock Stein, ‘the Celtic jersey definitely didn’t shrink to fit Bobby Murdoch’!

I first seen Murdoch in the flesh in Dublin on 14th May 1969, the Hoops were in town to play the Dublin Hoops, Shamrock Rovers in a friendly, 6 of the Lisbon Lions were on display and the squad also included Dalglish, Macari, McGrain, it was some team.

Later in the year I went to Glasgow for the first time, it was November ‘69 and Celtic hosted Benfica in the European Cup, 76,000 at Paradise and a comprehensive 3-0 victory with Murdoch dominating the midfield, not overawed by the presence of the Black Panther, Eusebio.

In between May and November ‘69 of course we had other things on our young minds than football, the Battle of the Bogside and the burning of the Falls and Ardoyne, the start of the 30 year conflict, funny but the adversaries on each occasion with the help of British crown forces were the same people you would find at the opposite end of Paradise, Ibrox or Hampden, their hatred of anything Irish was paramount.

That first night at Paradise I took a special interest in Bobby Murdoch despite amid the hysteria and excitement of my first game in the East End of Glasgow. His calming presence was felt when Benfica attacked, breaking up dangerous movement and then turning it from defence to attack, his trade mark was his passing ability, short or long it never failed and he could spray 50 yard passes to the feet of Jinky, Chalmers or Lennox, that marvellous driven trajectory caught my imagination, it was poetry in motion, not many players would attempt it, most struggle with the 5 yard pass as Johnny Giles said on commentary one night on an EPL game watching Vinny Jones, ‘any man can’t pass a ball 5 yards shouldn’t be playing football’.

Ironically Giles was another player who could pick out a teammate from 50 yards and make that defence splitting pass, Murdoch had it to perfection, you need vision, touch, feel, it’s like a putt in golf, if you don’t possess these you can’t execute it, add in precision, timing and the ability to see something the other players can’t, Murdoch had it all, I was in awe watching him, all through my own football ‘career’ at a local level I tried to copy Murdoch, he was an inspiration.

The next time I seen him was against Fiorentina in March ‘70 and another exemplary display as the Celts crushed the Italians 3-0 and set up the ‘Battle of Britain against Leeds.

It goes without saying that night at Hampden witnessed a display for the ages from Celtic with Bobby Murdoch producing a virtuoso display capped by a magnificent winning goal to send the 136,500 into collective palpitations, Murdoch was the oil that kept the engine purring along majestically.

Jock Stein had great time for Murdoch describing him as the ‘just about the best player to have ever played for him’ and asked about winning the European Cup again, ‘if Murdoch is fit, we’ll win it’! Stein had initially turned Murdoch into a right sided midfielder rather than a forward, it was a master stroke of genius and provided Murdoch with the career guidance which delivered big time.

His career blossomed into fruition, 8 League titles, 5 Scottish & League Cups, that day in Lisbon when Chalmers deflected his shot for the winner, he also played in Milan against Feyenoord in that anti climatic final.

In ‘73 he left for Middlesbrough, ironically Jack Charlton’s first signing, Stein said he had run out of challenges at Celtic. I never had the pleasure of watching Murdoch again but many years later I met up with him in Donegal in the company of Jinky and Bertie Auld. They were at a function in Gaoth Dobhair in the Celtic Tavern owned by Tommy Cassidy a former Clyde player and father of Donegal GAA star Kevin.

Coincidentally earlier as they were driving through Letterkenny they spotted a young lad with a Celtic top thumbing a lift and apparently Jinky said, ‘give that wee boy wearing the Hoops a lift’ and they brought him home, it was Padraic my 10 year old son, he told me later, ‘three old men gave me a lift’!!

That night near Gortahork we had a brilliant time, friends of mine provided the music and wee Jinky was up giving it a bit of Bon Jovi amid adulation from the Gaoth Dobhair gcailini! Afterwards Tommy invited us back to the hotel with the three legends and we had a great time chatting with them until the wee hours, it was a special time to be in their company, unfortunately the camera malfunctioned and we don’t have photos for posterity.

Bobby Murdoch sadly passed away at 54, the first of the Lions to die, way too young, he was a giant of a player, a Lisbon Lion, and my favourite player of all time, RIP, one of the Celtic great and World Class.