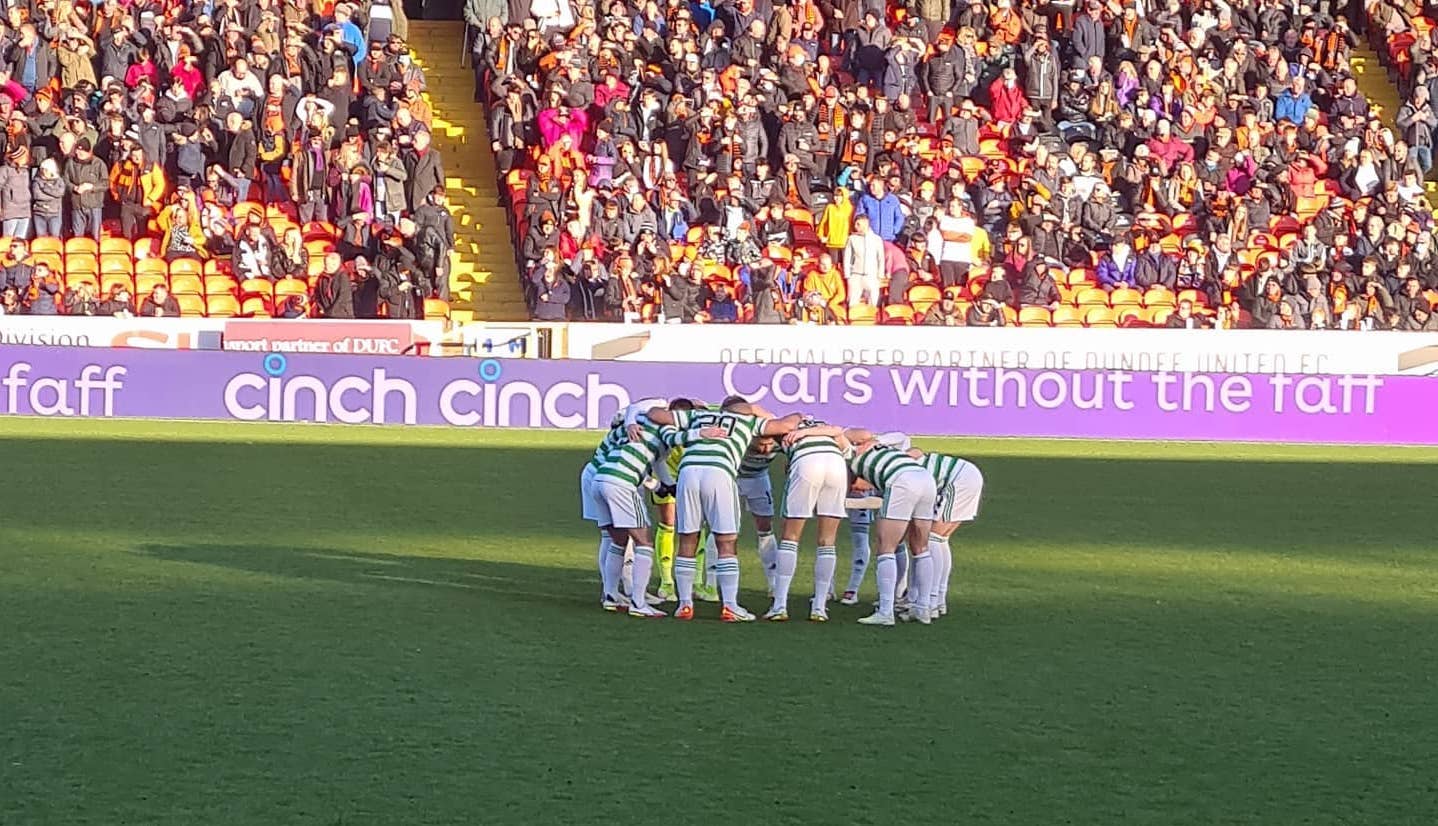 There was no early start yesterday or airport check in for me after my ticket for the Dundee United game got cancelled after the Jerry Kerr Stand closure following storm damage. I did enjoy the lie in and watching the game on TV but nothing beats actually being there in the flesh and what a game to miss as Celtic turned on the style.

I still have nightmares about some on the horror shows I watched on TV during last seasons fan less season and even though anyone travelling now from Ireland to watch Celtic from southern airports will have to have a Covid Test before travelling in and out average cost about €35/£35 for antigen with PCR more expensive. This may put some fans off travelling but Irish based Celtic fans will still travel in large numbers and on Thursday there were plenty of fans on my flight heading over for the Hearts game.

Injuries to key players meant that Ange had to shuffle the pack and there were a few moans about one player coming in on our Whats App group but there will have been few moans since after the performance we witnessed and Irish eyes were certainly smiling after Liam Scales who came over to the bench to score on his SPFL debut after his move from Shamrock Rovers earlier in the season.

Tom Rogic was outstanding and his opening goal for Celtic will be a strong contender for Goal of the Season after he dribbled his way through before he dazzled us with a wonderful strike. After missing an earlier chance David Turnbull added a second after quality ball from Captain Callum who was outstanding again.

After much criticism of the Celtic defence this season it was good to see them keep another clean sheet. One of the biggest talking points of the game was the tackle on Turnbull from Callum Butcher which he only received a yellow card for when it was a straight red all day. Another honest mistake!

Ange looked a happy man after each goal and celebrated with the travelling Celtic fans at full time. The travelling support once again let the Celtic board know their thoughts on Bernard Higgins following on from the banner display throughout the stadium on Thursday night.

Check out the Grand Auld History Podcast tribute to Bertie Auld with Celtic Historian and Author, David Potter on video at Celtic Fanzine TV or audio on the Celtic Soul Podcast both links below.