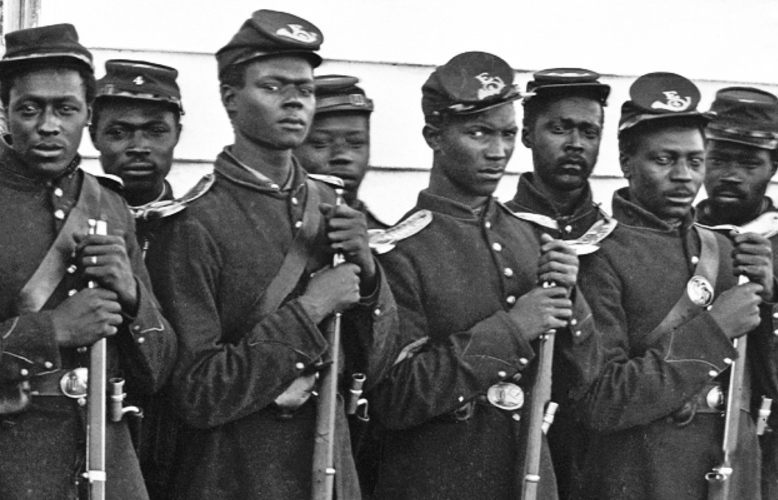 The story of how one of the world’s most powerful anti-slavery songs became a Parkhead anthem is a remarkable one, but first we must disabuse ourselves of billy boys and being up to the knees in anyone’s blood. These are later bastardisations (if you can forgive the word!) of what was a fine song.

The original words of the chorus are

Hurrah! Hurrah! we bring the jubilee!

Hurrah! Hurrah! the flag that makes you free!

So we sang the chorus from Atlanta to the sea

As we were marching through Georgia!

and it is about the American Civil War of 1861 – 1865 when the “free” states of the North defeated the “slave” states of the South to the general approval of right-thinking people in Europe, including not a few who looked at Ireland and Scotland as well and wondered about “slavery”. The song enjoyed a certain popularity in Victorian music halls, but began to die a death, until about 1917 when the Americans joined the Great War, bringing with them their music including this song with its obvious parallels in freeing Belgium from the Germans. But it only really became famous again in Glasgow after the events of March 21 1925 at Hampden Park. This was the Scottish Cup semi-final when Celtic, against all the odds, smashed Rangers 5-0 after the morning papers had not given Celtic the slightest chance of winning.

But this Celtic team still had Patsy Gallacher, now aged 34 and with a point to prove to those who thought he was past it. He, in conjunction with the McStay brothers, hatched a plan which involved soaking up the early Rangers pressure, allowing them to think they were the better team but frustrating them at the same time, then when Rangers had shot their bolt, hitting them with everything Celtic had. The plan worked a treat. The game kicked off before a six-figure crowd, Rangers attacking the Mount Florida end where all their supporters were, but couldn’t score. Celtic did, though, after a lovely move involving Peter Wilson, Patsy Gallacher Paddy Connolly and Jimmy McGrory. Half time came with Celtic one ahead, and Rangers wondering why with all their pressure, they hadn’t scored.

But Celtic now had the benefit of the cold east wind behind them in the second half and their four midfield men of Peter Wilson, Jean McFarlane, Alec Thomson and Patsy Gallacher all stepped up the mark. Celtic first achieved parity, then supremacy and finally domination as the Rangers defence crumbled like a cake in front a superb Celtic team. The Rangers supporters too behind that Mount Florida end goal also crumbled and by the end of the game, there were huge gaps where the Union Jack wavers had been. It had been 22 years since Rangers had last won the Scottish Cup. For some time, people had talked about a jinx. There was no real jinx here. It was simply Patsy Gallacher and Paddy Connolly who supplied Adam McLean, Jimmy McGrory, Alec Thomson and Adam McLean again to defeat Rangers 5-0.

It was the sheer unexpectedness of the win which propelled the Celtic heartlands into delirium that night, as Garngad, Gorbals, Croy and even places like Lochee in far away Dundee saw singing and dancing in the streets. Some time during the prolonged festivities, but certainly before the Scottish Cup final on April 11 1925 (for a “survivor” of that final told me he heard it then!) the new version of the Georgia song emerged as

Hurrah! Hurrah! We are the Tim Malloys!

Hurrah! Hurrah! You heard us by the noise!

Not one, not two, not three, not four but five!

“Hurrah” was sometimes changed to “Hello”, and “beat” was sometimes changed to a less respectable word, but that song stayed with Celtic for 40 years. I recall hearing it at Tannadice Park in 1962, except after 1957 the last line had been changed to “Not one, not two, not three, not four, not five, not six but SEVEN” and I recall the fingers being held up after each number as the volume grew. It was a very rousing song, eventually dying a slow death like “God Save Ireland” and “Erin’s Green Valleys” after 1967 when there was so much more to sing about.

So don’t groan and boo when you hear less wholesome versions of this song! We cannot really claim to have had it first – that honour must go to Abraham Lincoln’s triumphant men – but we had it first in Scotland and long before Billy Fullarton’s Bridgeton thugs and gangsters perverted it as their own.