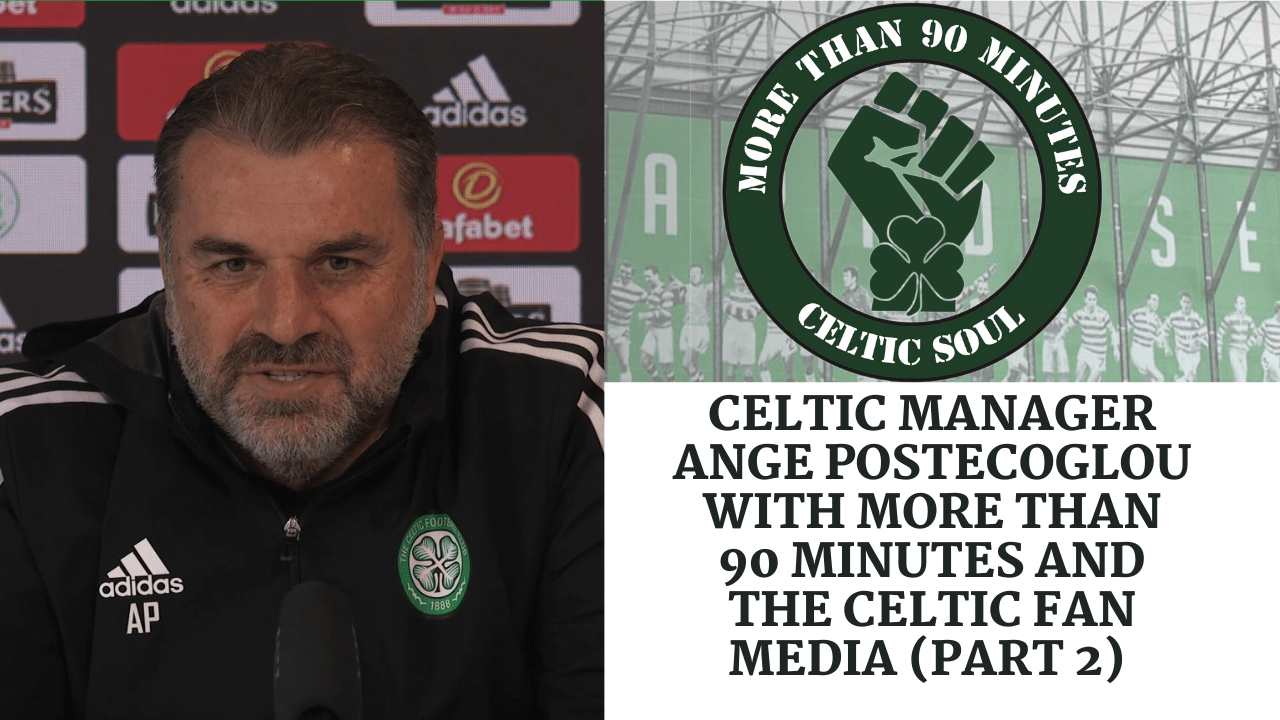 Celtic FC manager Ange Postecoglou chats about his philosophy on football and his idea of how Celtic should win and perform and the importance of Celtic Legends around the club like Danny McGrain and John Clarke. He mentions standing on the shoulders of giants from the supporters to the club founders.

The Celtic Football Club manager talks about the players who have yet to make an impact, some may go out on loan in January while others who had no pre-season will get their chance when they get up to speed and he is sure they will show their quality and says all the players are working hard each day in training and are improving.

As expected new Celtic fans favorite Kyogo popped up in the conversation and Ange is happy that he will have the January break for some rest and relaxation. He also draws similarities and differences in the environment between Japan and Scotland including the media.