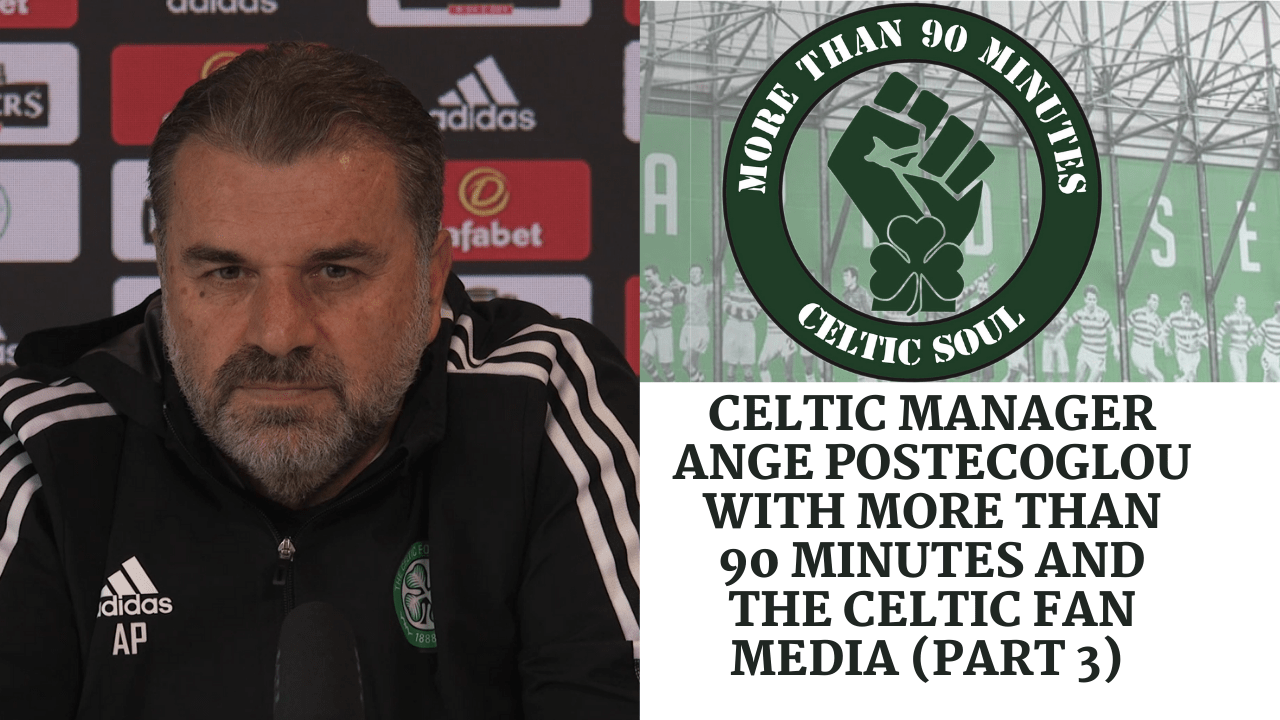 https://celticfanzine.com/product/glasgow-3-stripe-t-shirt-black/
Celtic FC manager Ange Postecoglou chats about the growth of football in Asia over the last 20 years. The quality of football players in Japan, South Korea and Iran and their technical ability and attitude.
The Celtic Football Club manager talks about his upcoming first visit to Hampden along with the majority if his players who will make their Hampden debuts. The importance of the win over Hearts so early in the season and how the team are more settled now and how the team has grown since the early Champions League exit.
He finishes off the press conference talking about what he expects from his players both on and off the park and the character that is needed to succeed with his style of play.
Erin Boyle is a poet from Glasgow who is currently studying Journalism and Media at university. She has a love for theatre and is passionate about working with young people and helping to empower marginalised voices in the arts. Her love for Celtic is echoed in her poetry and her earliest memories are dancing around the living room to ‘ Four Leafed Clover’ and ‘Let The People Sing’, while browsing through her Dad’s jersey and fanzine collection. Inspired by her Dad she joined the Kano Foundation, a charity set up by fellow Celtic supporters, where she plays an integral part in taking deserving kids groups to Celtic Park to sample the match-day experience.