Home / Events / Alan Thompson – A Left Foot Like A Wand 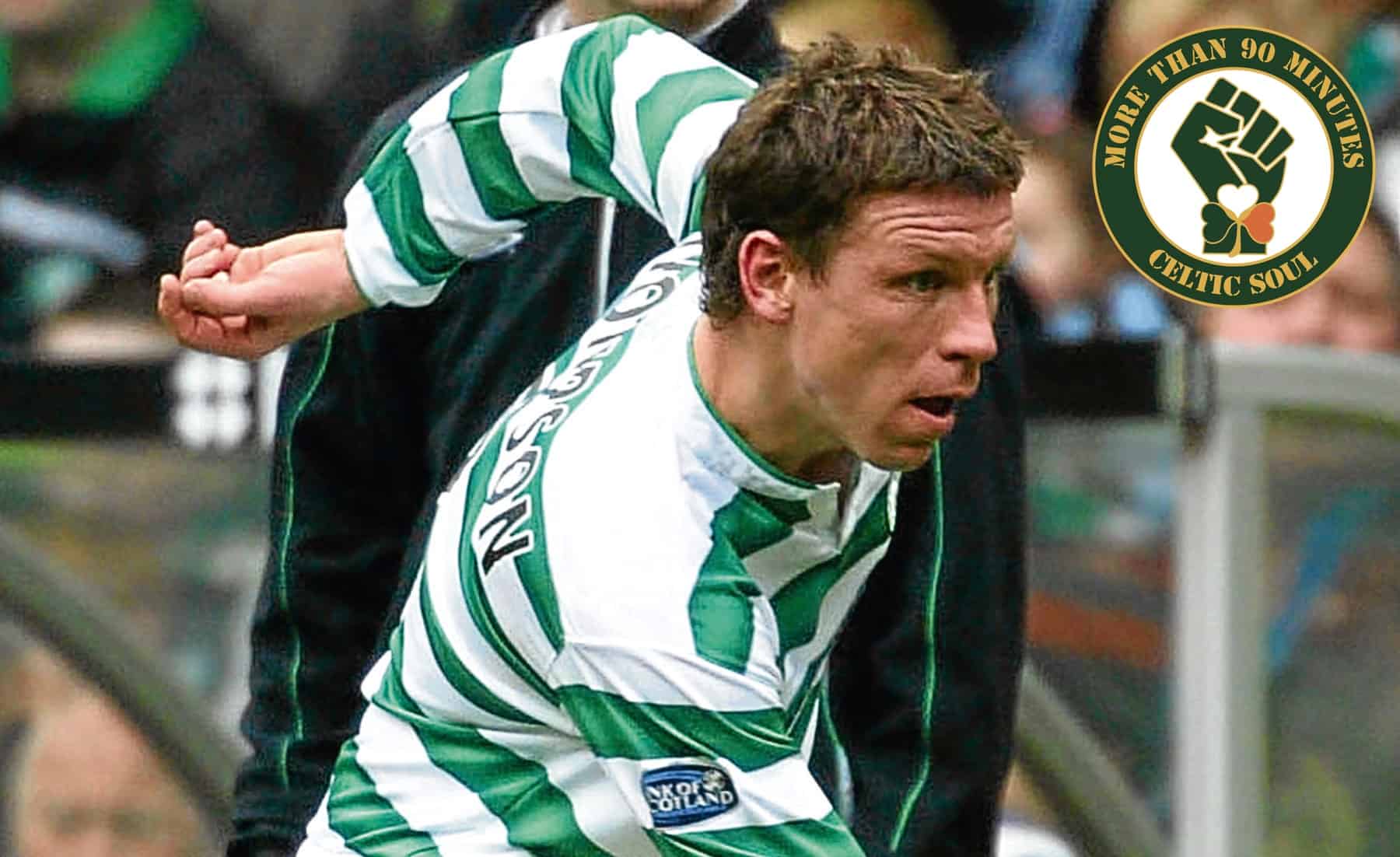 Alan Thompson will be our guest at Malones, Glasgow on Friday night as we continue our Evenings with players who made a major impact during their time at the club. Signed by Martin O’Neill, Tommo would become a fans favourite with his aggressive style of play and a left foot like a wand.

Join us in Glasgow’s Premier Irish venue as we interview Tommo before opening up the floor for a questions and answers session. He scored over 51 goals including a few crackers against Rangers (7 in total) as well as a memorable one against Liverpool at Anfield on the road to Seville.

He scored the winner in the 2005 Scottish Cup final in Martin O’Neills last game in charge. Tommo always repaid the faith that the gaffer had in him and they are still in contact and he stills refers to him as a gaffer.

The team he played in was arguabley one of the best in Celtic’s history with the likes of Chris Sutton and Henrik Larsson lining up with him. Tommo was a popular team mate as he never hid on the pitch and wasn’t afraid to get stuck in when up against the odds and he had some battles on and off the pitch with Fernando Rickson.

His goal against Barcelona at Celtic Park in the first leg of the UEFA Cup in 2004 would see us go through to the next round after a 0-0 draw in the Nou Camp on a memorable night. His performances caught the eye of the England manager Sven Goran Erickson and he became the first Celtic player to be capped by England while playing in the hoops.

The arrival of Gordon Strachan signalled the end of many of Martin O’Neills teams and Tommo would eventually move to Leeds. He came back up the road to team up with Neil Lennon in 2010 as his first team coach before it went sour and he left in 2012.

Tickets are still available from Ticket Scotland for the event.