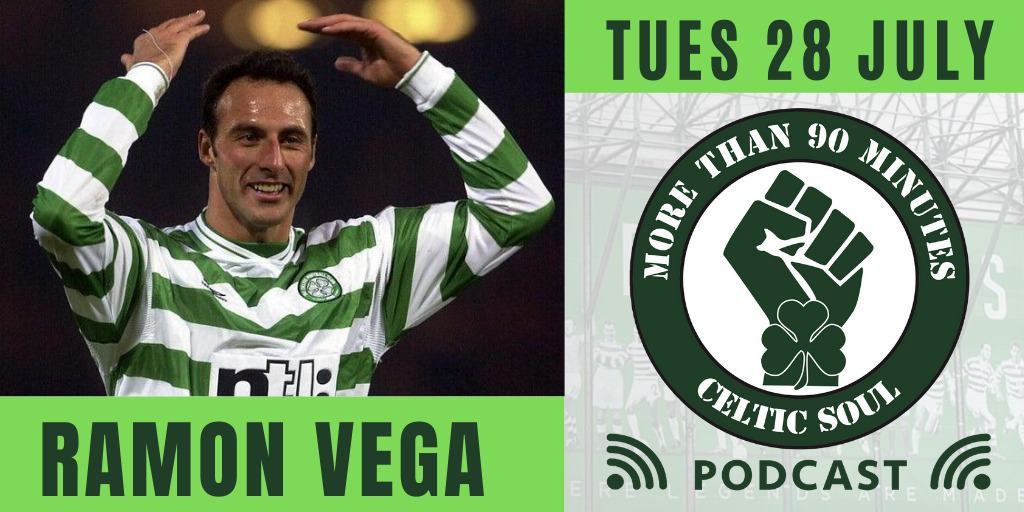 Ramon Vega may have had a successful career in both business and football but he owes it all to his parents who after fleeing Franco’s Fascist Spain found themselves in Switzerland unable to speak the language but they were able to get employment, work hard and build a life for themselves and their family. Like so many Irish families who had to flee starvation to set up a new life throughout the World.

Many of those families ended up in the East End of Glasgow.

Over generations the Glasgow Irish worked hard to benefit the communities, they got educated and made their way in life and still do to this day. Arguably, Celtic Park remains the greatest monument ever built to those forced to emigrate and how the Irish and others have enriched communities throughout the World.

Like the Irish many generations from many different cultures and countries have had to move to new lands in search of a better life and this is true of the Ramon Vega story. When I sat down to interview Ramon for the Celtic Soul Podcast, I knew about his football career and a bit about what he has done in business since retiring but I knew little of his family, background and history. I was fascinated to hear about his parents making the decision that the Spanish State and Franco’s brand of fascism was not for them.

It must have been scary escaping such an oppressive regime and finding yourself in a new country as the outsider, When Ramon was starting to make waves as a young footballer with Grasshoppers where he would win plenty of silverware. Trophies or no trophies his mother insisted that he finish his education if football didn’t work out, he would have something to fall back on.

Football did work out for Ramon, the son of immigrants would go onto captain the country of his birth, Switzerland, and represent them at the Euros 96’ after the disappointment of not making the World Cup squad in 94’.

He won the League cup with Spurs against Martin O’Neill’s Leicester City in 1999, before Martin O’Neill would become Celtic manager and recruit Ramon on loan. Six months later Ramon left Celtic Park after winning a treble, 3 medals in his back pocket and some great memories.

After his football career his education came into play and he started working in finance and business in London where he would come up against City Boys who looked down their nose on the former footballer. Once again he had to overcome some obstacles to be successful

An enjoyable conversation if somewhat unexpected. He lists off that Celtic team he played with and how welcome they made him feel when he arrived on a Friday in Glasgow and without time for a training session he joined his new team mates in a Glasgow hotel the night before he made his debut, he scored 2 goals, a great way to win over the Celtic fans.