Home / Celtic AM / Celtic Soul – Over Land and Sea

Celtic Soul – Over Land and Sea 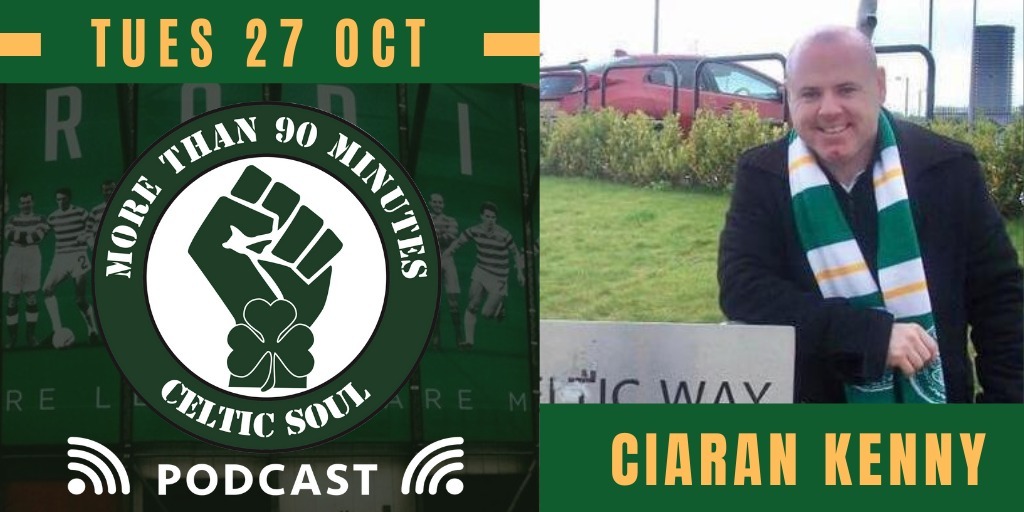 Ciaran Kenny is social worker and a Celtic fan. A very busy man with work, Celtic and volunteering in the community he still finds time to write a column in More than 90 Minutes and contributes to this website. Ciaran was my guest today on the Celtic Soul Podcast

After a bad week for Celtic and some over the top reactions on social media and new fan media, it was good to hear a more leveled opinion about the current situation.

Ciaran takes listeners back to how he began a lifelong affair with travelling to see Celtic which would lead to a love affair on and of the park. It was great to hear about all the characters on buses and boats on the way to Celtic Park over many years.

His Dad, Tighe took him to his first game in Glasgow on the Naomh Padraig CSC back in the early 1990 and he now runs the bus on the famous NP Chariot where live long friendships have been made.

Away from Celtic Ciaran studied to become a social worker and has worked for over 20 years with Don Bosco in Dublin where he works with young people and adults who have come into state care, many who struggle with mental health and addiction.

In 2009 he formed the Don Bosco football team to give the lads in care, many whom have had a huge number of addresses and placements a sense of identity and pride. The team has forged links with sari sport against racism Ireland.

Ciaran is also involved with the GAA and follows the Dubs and was also involved in setting up and running the Naomh Mearnogs special needs team which was founded in 2004 and was the first special needs GAA team in Ireland. The team caters for young people up to men in their forties.

If there is such a thing as a modern-day saint who carries on the spirit of Brother Walfrid then it is Ciaran Kenny. Listen to the full interview by clicking below.